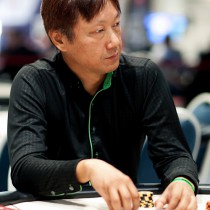 Kunimaro Kojo is a Japanese poker player who made his first live-event cash in 2011. In the first year of his career, Kunimaro cashed 10 times, made 4 final tables, won an event at the PCA, cashed in 4 WSOP events which included winning a side event at WSOP Europe, and earned over $326,000.

Kunimaro was born in the early 1960s in Saitama-Shi Saitama, Japan where he attended Kaisei High School and the University of Tokyo. Now making his home in Las Vegas, he made his first live-event cash at the 2011 WSOP, where he cashed in 4 events.

His next cash was in October at the EPT/UK & Ireland Poker Tour in London, where he finished runner-up in the £2,000 NLHE Turbo Bounty vent to earn £22,000. A week later, Kunimaro attended the WSOP Europe in Cannes, where he made the money in the Main Event and a pair of side events, finishing runner up for €4,830 in the €400 NLHE Turbo Bounty, and winning the €200 NLHE Turbo for €4,320.

To start 2012, Kunimaro was the PokerStars Caribbean Adventure (PCA), where he cashed twice. After entering the field of 53 players to play the $5,000 NLHE 8-Max Turbo event, he ended up at the final table with well-known pros Jonathan Duhamel, Isaac Haxton and, Yulius Sepman. When the final table got down to heads-up, it was Kunimaro who overcame Sepman to win his first big event and collect $92,540.

It appears Kunimaro made a good choice when he decided to move to Las Vegas. The city has much to offer the rising Japanese poker star that enjoys playing golf, betting on sports, playing chess and listening to music. He also loves to travel, which fits perfectly with his world-wide pursuit of poker success. 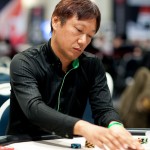 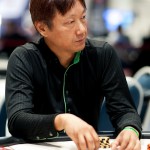