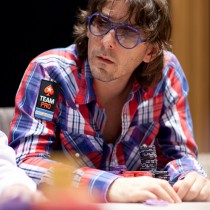 Leo Fernandez began as a top chess professional and turned into one of the best poker players in Argentina. While Fernandez has yet to score a major victory on the tournament circuit, he has cashed for over $1,000,000 world-wide and continues to play with the top players in the world.

Fernandez showed an early ability to master games of skill when he began playing chess at the age of 5. By the time he turned 18 years old he was rated as an International Master by the World Chess Federation. He also used his skills to become a successful backgammon professional before turning to poker. According to his PokerStars profile, it is “the combination of applied math, psychology, and the art of reading body language” which made him decide to focus on poker.

Fernandez found his first tournament result playing in the $25,000 World Poker Tour Five-Star World Poker Classic Main Event in 2005. His 67th place finish would put $30,000 back in his bankroll and his career was underway. It would take another few years before Fernandez would find consistent tournament success.

In 2009, Fernandez would post a small cash in the PokerStars Caribbean Adventure followed by the first major final table of his career where he would finish 6th in the Latin American Poker Tour – Mar del Plata Main Event for $63,520. Fernandez finished out his year with a 5th place finish in the £20,000 High Roller Event at EPT London £104,000 ($165,563). The final table battle included Eugene Katcholov, Matt Glantz, Ilari Sahamies, and Erik Cajelais.

Fernandez had a few close calls with victory in 2010. His just missed the final table with a 9th place finish in the $5,000 No Limit Hold\’em 6-Max PokerStars Caribbean Adventure for $12,950. Fernandez finished 2nd in a Latin American Poker Tour – Rosario event for $31,580 to finish out his 2010.

2011 is already the most success for Fernandez beginning in January with the PokerStars Caribbean Adventure. He improved on his 2009 result in the $5,000 No Limit Hold’em 6-Max tournament with a 5th place finish and $24,830. Fernandez then entered the $25,000 No Limit Hold’em High Roller Event and came within one spot of his first major victory. Canadian Will Molson would win the heads-up match but Fernandez would add $554,925 to his bankroll.

Fernandez is still looking for big success in the World Series of Poker but his career does include 6 cashes for $146,266 along with two deep runs in 2011. 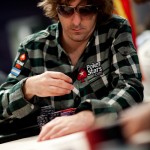 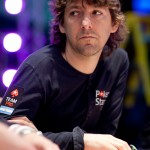