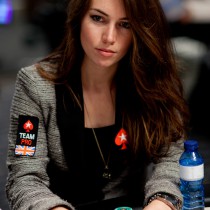 Olivia “Liv” Boeree is a professional poker player from the UK who made her first live-event cash in 2007. In the first 4 years, Liv cashed 44 times, made 23 final tables, won 4 events including an EPT title, made the money in 9 WSOP events, and earned over $2.1 million.

Born on July 18, 1984 in Maidstone, Liv grew up in the Kent countryside indulging in her first great passion, horseback riding. In school, she participated in sports where she developed her competitive spirit, and started playing the guitar at age 16. She excelled at school, earning a place at the University of Manchester where she studied Physics with Astrophysics, graduating with a First Class degree in 2005.

After graduating, Liv moved to London where she was introduced to poker. In the summer of 2005, she answered a TV show advertisement for the UltimatePoker Showdown and was chosen as one of the 5 contestants. During filming, Liv discovered she loved the game and set out to become a successful poker player. In 2006, she got the opportunity to attend the WSOP as a journalist and TV presenter for Gutshot TV.

Liv cashed 6 times in 2008 and won her first event. She started with a 7th place finish in the £75 NLHE at the APAT Welsh Amateur Championship Cardiff for £600. She then took home $42,000 when she won the televised $2,000 NLHE Ladbrokes Poker European Ladies Championship, before cashing twice at the WSOP. Her last pair of cashes that year were at the Poker Million and at the UltimateBet Aruba Poker Classic in Palm Beach.

In 2010, Liv cashed 11 times and won her first major title. She cashed at the Southern Poker Championship Biloxi and the L.A. Poker Classic, before attending the EPT San Remo, where she attracted significant media attention by winning the €5,000 NLHE Main Event to secure her first EPT title and earn €1,250,000. That summer in Las Vegas, she cashed 3 times at the WSOP.  She finished her year back home in the UK, where she cashed at the English Poker Open, WSOP Europe, Full Tilt Poker’s Late Night Poker, and was runner-up in the £2,000 NLHE at the EPT London to earn £51,330.

Liv cashed 8 times in 2011, starting with a pair of cashes at the PokerStars Caribbean Adventure (PCA). She went on to make the money in events at the L.A. Poker Classic, EPT Barcelona, the EPT/UK & Ireland Poker Tour London, the Coral Late Night Poker event, and EPT Prague. In October, she finished 36th for €27,500 in the Main Event at the WSOP Europe in Cannes.

As one of the most successful female poker players of all time, Liv was signed as a Team PokerStars Pro in September 2010. As a member of Team PokerStars, she won the Sunday “Warm-up” Major for $148,000 in February 2011 after defeating 4,710 players.

Currently Liv is a co-host for the televised UK and Ireland Poker Tour. Thanks to her charisma and talent at the tables, she has appeared in numerous poker magazines including Bluff, Cardplayer and WPT, and has modeled for Maxim, Look, Loaded, and Revolver Magazine. She has also served as host of Challenge TV‘s online coverage of the EPT, was a reporter for the WSOP Europe, and appeared on a number of UK game shows including Codex in 2006 and Goldenballs in 2007.

When Liv is away from poker, she indulges in her other great passion – heavy metal music. Liv and her band “Dissonance” regularly appear on the rock music scene in Manchester and London. In 2008, she was co-presenter of the Metal Hammer’s Golden Gods awards, where she got the opportunity to interview many of her metal music heroes. 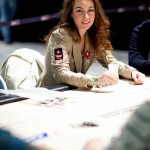 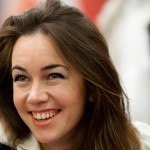 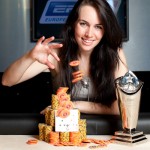 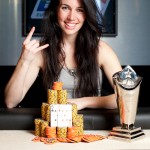 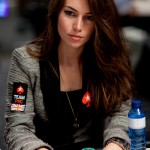 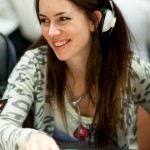 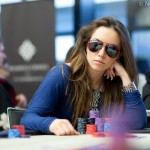