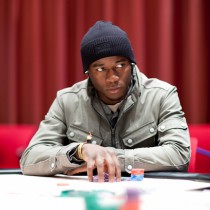 Martins Adeniya is a young British professional poker player who made his first live-event cash in 2009. In the first 2 years, he cashed 18 times, made 5 final tables, cashed in 8 WSOP events, and earned close to $400,000.

Martins was born in 1985. While in college, Martins studied for a career in finance. Those same skills eventually steered him towards poker. After graduating, he went to work for an oil and shipping company, coming home every day after work to play poker online. It wasn’t long before he was earning two or three times as much grinding online as he was working his day job.

In 2009, the 24-year-old Martins had earned enough in online tournaments to trade his finance career for one as a professional poker player. Near his home in London, he collected his first live-event cash of £887 when he finished 10th in the £250 NLHE at the 2009 London Poker Masters. His next cash was for $25,027 in the Main Event at the WSOP, followed with a cash at the WSOP Europe, and a runner-up finish in the £250 NLHE at the Grosvenor UK Poker Tour for £2,025.

By October, Martins had cashed 7 times in 2011. He cashed at the Aussie Millions Poker Championship and the EPT Snowfest Hinterglemm, before cashing 3 times at the WSOP.

For Martins, the decision to leave a well-paying job for the life of a poker pro was motivated by more than just money. For him, it is the lifestyle and freedom playing poker affords him that is the biggest plus. When playing in events all over the world, he loves being able to see the cities and experience the various cultures, and if he likes what he sees, he stays longer. 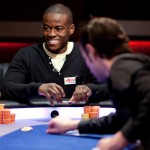 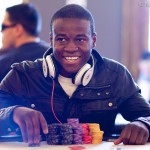 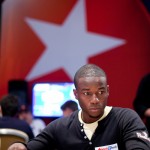 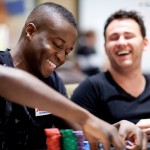 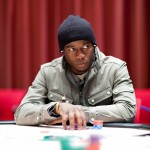