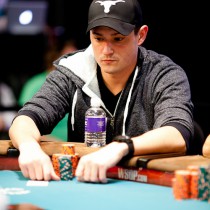 Matt Giannetti is a professional poker player who made his first live event cash in 2006. In the first 5 years of his career, he cashed 20 times, made 6 final tables, won the WPT Malta, made the money at the WSOP 11 times, and was a member of the November Nine in 2011. During that time he was also a successful online poker player.

Originally from New York, Matt was a competitive hockey player and golfer who graduated from the University of Texas before his introduction to poker in 2006. When Matt turned 21, he moved to Las Vegas where he is a regular in the NLHE and PLO cash games.

Matt started playing online in 2008 and although he preferred cash games, he had several cashes in tournaments including a runner-up finish in a Sunday 500 on PokerStars in 2009 for $66,500.

At the 2006 Five-Star World Poker Classic in Las Vegas, Matt collected his first live event paycheck for $12,605 when he finished 8th in the $2,000 NLHE event. His other cashes that year were at the WSOP in the Main Event, and at the WPT World Poker Finals in Mashantucket.

In 2008, Matt’s first cash was in the $25,000 NLHE Championship Event at the Five Star World Poker Classic WPT World Championship in Las Vegas, where he finished 35th to earn $65,955. He cashed at the WSOP Circuit event at Caesars Palace before taking home $40,267 for his 5th place finish in the $1,500 NLHE Shootout at the WSOP. He also cashed for the second time at the WSOP Main Event.

By September 2011 Matt had turned 26 and cashed 3 times at the 2011 WSOP. Marking the highlight of his 5-year career, Matt made the final table at the WSOP Main Event. When the Main Event resumes, Matt will compete for the $8.7 million first prize in third chip position, with 24,750,000.

While waiting for the November finale, Matt played the WPT Malta in September, where he won the €3,000 NLHE Main Event to earn €200,000 and his first Major victory. 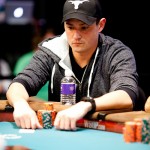 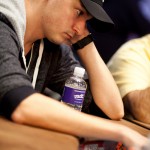