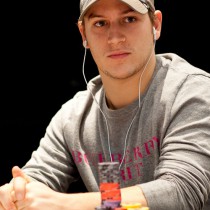 Matt Marafioti is a Canadian professional poker player who made his first live-event cash in 2007. In the first 5 years, Matt cashed 25 times, made 11 final tables, won an Empire State Hold\\\\\\\’em Championship, made the money in 7 WSOP events, and earned over $1.8 million.

Matt was born on February 27, 1988. He was raised in Hillcrest, the eldest of two boys. His parents both worked in the medical industry, and provided a comfortable and privileged home life for their children. Matt attended De La Salle, a private Catholic high school where he played football, and endless video games. He started playing online poker when he was 17, and was instantly addicted after depositing $50 and playing for 24 hours straight.  His parents, however, were not happy with their son’s new hobby and installed firewalls on the computers, blocking him from poker sites.

While studying business at Queen’s University and living in the dorm, Matt borrowed $18 from a friend to play online. After playing around the clock for a week, he had built his bankroll up to $48,000. Playing on PokerStars as “ADZ124” since 2008, he earned over $300,000 in tournaments, including taking down a $5,200 Winner-Take-All event for $100,000. But it was in high-limit cash games of up to $200-$400 that he became known as one of the best high-stakes cash-game players online.

In 2009, Matt wanted a free ticket to the EPT, which required Supernova Elite status on PokerStars. He did the math and realized he needed to earn a million points, which would require him to play 15,000 hands a day. For the whole month of December, he played up to 35 tables at a time, amounting to more than 1,000 hands an hour. Sleeping only six hours a day, he reached his goal and became the newest Supernova Elite VIP.

Matt is well known in the live-event arena not only for his success at the tables, but also for his wild prop bets with players like Tom Dwan, and for being brutally outspoken with his opponents. Even if his outbursts garner penalties, he takes it in stride, feeling that it is part of the price he pays for saying what he feels.

Dividing his time between Las Vegas and his new townhouse in Toronto where he can legally play online, Matt lives the luxurious life of a young millionaire. He drives an Aston Martin Vanquish which he purchased with his PokerStars Frequent Player Points. Last year Matt bought his father Sam, who also serves as his business manager, a $9,000 gold and silver Zegna fountain pen for Fathers Day.

Matt has said he lives too much in the moment to really think about the future much, but says if he decides to quit poker, he may get into real estate or make poker instructional videos. When he is away from poker, Matt enjoys shopping, eating at good restaurants, working out in the gym, and spending time with girlfriend and professional player Lauren Kling. 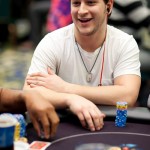 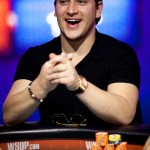 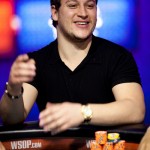 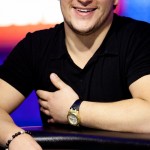 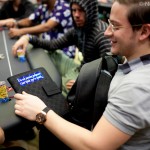 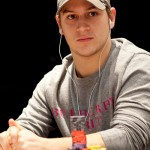