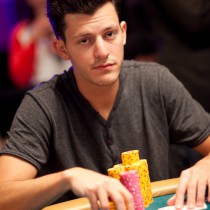 Matthew Waxman is a professional poker player who had his first live-event cash in 2008. In the first 3 years, Matt cashed 35 times, made 16 final tables, won 4 events including a WPT Title, cashed at the WSOP 15 times, and earned close to $1.8 million.

Born in 1985 in Princeton, New Jersey, Matt did not start out to become a professional poker player. While living in Parkland, Florida, Matt graduated from Florida Atlantic in 2007 with a degree in Psychology but soon found his skills translated well to the poker table.

Matt’s first live-event cash occurred at Caesars in Las Vegas during the summer of 2008 when he finished 8th in the $300 NLHE at the Mega Stacks Series to earn $3,521. The following year he would begin his run at the big tournaments. During the 2009 WSOP he would cash 4 times, including a 6th place final table finish in the $5,000 NLHE 6-Max event for $138,393, and a cash in the Main Event.

At the 2010 World Series of Poker Circuit Main Event in Atlantic City, Matt won his first title when he outlasted 352 players to pick up the WSOP-C Champions ring along with $117,797 at a final table which included Ismael Cabrera, Manny Patel, and Chris \”boNeZee\” Bonita.

At the 2011 WSOP, Matt cashed 3 times, with his best effort being a 3rd place finish in the $1,500 Omaha-8 to earn $104,770. After cashing at the Deep Stack Extravaganza, he won the WPT Grand Prix de Paris Main Event for €500,000 and his first WPT title, marking the first time in WPT Paris history that an American ever won the title there. 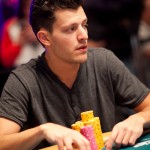 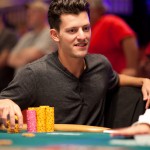 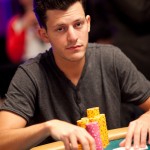