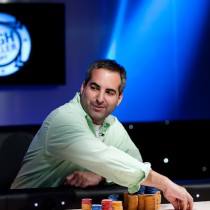 Many of today’s top poker players come to the game with backgrounds in stock trading, and Matt Glantz is no different. And that experience is priceless for those – like Glantz – who know how to utilize it in order to succeed in poker.

Matthew Glantz hails from Lafayette Hill, Pennsylvania, and was raised on the East Coast. Education was a top priority for the youth, but he also enjoyed games, sports, and anything that involved his gambling nature.

Upon graduation from school, he took a job as an options trader on the Philadelphia Stock Exchange. Gambling was a natural part of his job, but he soon discovered poker through his colleagues and the edge that he could have should he improve his game. From the basics, Glantz learned more about the game and watched it on television, and later trekked to Atlantic City to play live games one or two Saturdays each month. It was an enjoyable hobby.

But Glantz, never one to shy away from a challenge, dared himself to play better poker, even learning other game variations like stud and Omaha to go with his hold’em skills. He built the beginnings of his bankroll through cash games, though a dabble in a 1999 tournament, in which he placed second in a $500 LHE event at the U.S. Poker Championships in Atlantic City, encouraged him to give more thought to tournaments.

Though cash games remained his bread and butter, he did play the occasional tournament, cashing in the World Series of Poker in 2000 and final tabling events at the World Poker Finals in 2002, Jack Binion Mid-America Poker Classic in 2003, and the U.S. Poker Championship again in 2004, that time in the Main Event where he finished seventh for $45,347.

Eventually, Glantz discussed the possibility of a poker career with his wife, and they decided to set a goal for the first year. If he didn’t meet that goal, he would return to the stock market or find another business. He has not had to do either of those since.

Back in the United States, he continued to final table events like the PLO Championship at the U.S. Poker Championship, events at the Borgata Winter Open and North American Poker Tour at Mohegan Sun. He made another WSOP final table in 2010 and finished fifth in the $10,000 HORSE Championship, proving further that his grasp of the various poker variations was improving quicker than he expected.

One of the keys to Glantz’ success has been his casual nature about it, as he chose to learn the games and become a better player at a slower pace, which allowed him to pick up the details and work into different levels of the games with care. He also credits his family and friends for their support through his sometimes frustrating but very profitable career thus far.

With more than $3.3 million in live tournament earnings through the first half of 2011, Glantz continues to play his best game and seek his next victory. 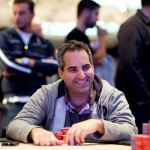 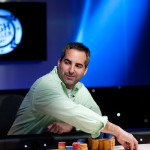 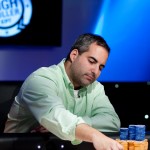 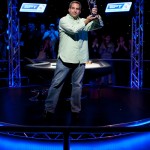 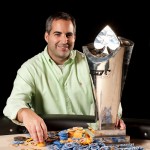 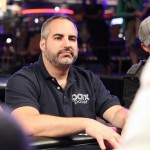