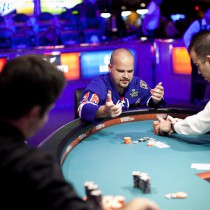 Matt Stout is a professional poker player born in Bayonne, New Jersey in 1984. From his first live cash in 2006 through October 2011, he has earned over $1 million in tournament poker, and also played successfully online under the screen name “All in at 420,” earning over $2 million in online poker tournaments. His career highlights include 3rd-place finishes on the WPT and WSOP Circuit championship events, a WSOP Circuit ring, and a victory at the California State Poker Championship.

Stout grew up playing games including low-stakes poker. Taught the game by his sister, he first played poker at 4 years old. He began taking poker seriously in 2003, in $.25-$.50 LHE games with friends. He was hooked, and soon began playing smaller tournaments online and in Atlantic City casinos, using his winnings to help pay for school.

Stout’s first big cash came in 2006, when he finished runner-up in a $500 NLHE WSOP Circuit event at Caesars in Atlantic City to earn $32,480. He had five more money finishes that year, including a win in $300 NLHE at the U.S. Poker Championship in Atlantic City, worth, $32,850. He also cashed at the WSOP for the first time that summer.

In 2010, Matt cashed at the Borgata Winter Open, the WSOP Circuit in Tunica, the L.A. Poker Classic, the WPT Five Diamond Poker Classic, where he finished 17th for $47,033. He made another WSOP Circuit final table, finishing 9th at Caesars, and cashed 5 more times at the WSOP. At the WPT Festa al Lago, he cashed for the 6th time on the WPT, 18th for $25,792. 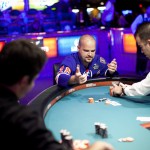 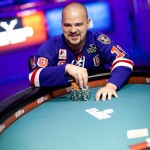