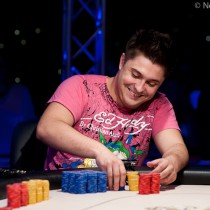 A number of solid young players have emerged from Russia in the past decade, and Max Lykov is one of the most successful in live poker tournaments, which resulted in a pro sponsorship and unlimited possibilities.

Maxim Lykov was born and raised in Russia. The competitive youth channeled his energies into his studies through high school and a Moscow university, as he worked to achieve an engineering degree. Through friends, though, he found another outlet during his time in college. Poker became his favorite activity, and he became so entranced with the game that he eventually quit schooling to pursue his new career choice.

He took the game more seriously by making two $40 deposits in online poker accounts in 2005. The levels of strategy and analysis that attracted him to the game were food for success, and he quickly created a bankroll that allowed him to earn a nice living and play some of the highest limit games available online.

Online poker was enough for Lykov for several years, but the live tournament scene beckoned when the young pro became of age to play in casinos. His first recorded cash was in May 2009 at the Russian Poker Tour stop in Moscow. He finished 11th in a 6-max NLHE event, and one week later, he traveled to Sharm el Sheikh for the Red Sea Poker Cup. He cashed in a NLHE event before going on to win the €3,000 VIP NLHE event for €50,000.

Excited about recent success, he then went to Las Vegas for the World Series of Poker, where he made the final table of a $5,000 NLHE Shootout event, finishing third for $145,062. From there, it was on to Kiev for the European Poker Tour stop there, and he won the €4,700 Main Event for €330,000, catapulting him to the world poker stage.

Lykov’s next win came at the 2010 PokerStars Caribbean Adventure, where he won a $1,000 NLHE side event for $100,000, and he then final tabled preliminary events at the EPT Grand Final in Monte Carlo and EPT Vilamoura. Later the same year, he won a €780 NLHE 6-max event at the Partouche Poker Tour in Cannes, and he finished the year with a €1,000 NLHE event win at EPT Prague.

A strong finish at the World Poker Tour’s Venice stop in Italy – seventh place for €42,810 – led to the EPT San Remo, where he made the televised final table and finished fourth in the Main Event for €290,000.

With a PokerStars sponsorship firmly in place, Lykov continues to travel the world and nears the $2 million mark in live tournament earnings, which he amassed in little more than two years.

Already one of the top earning players to ever emerge from Russia, the young pro seems to have no limits as to the success he will achieve in both live and online poker. 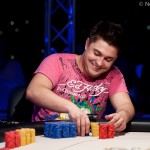 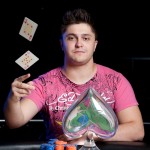 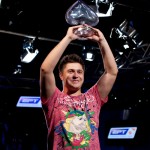 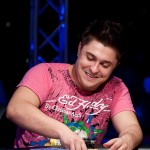