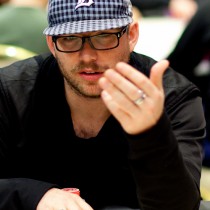 Arguably one of the most successful players since 2008, Mclean Karr has made an impact on the poker world that has been duplicated by few.

Born on November 31, 1981 in Fort Wayne, Indiana, Mclean is a graduate of the U. S. Air Force Academy. After he discovered that he had an aversion to fighter jets while training to be a pilot, Karr left the Air Force and began to concentrate on another passion, poker. That change in career path has led to fortunes that couldn’t be made from flying jets.

Using the name “PureProfitFour” over many of the popular online sites, Mclean honed his skills in the internet version of poker before striking out into the live tournament world. In his online poker life, Karr has been one of the most successful tournament players, earning $2.1 million since he began playing. His most notable achievement – at least online – was winning a $2000 NLHE event on the Full Tilt Online Poker Series (FTOPS) in 2010 for a $417,000 score, his largest online win to date.

After crushing the online world, Mclean decided it was time to move into the live tournament poker world. His first cash dates back to 2008, where he finished 50th in a $300 NLHE event at the L. A. Poker Classic for a nominal $2751 payday. He would also make his first venture to the World Series of Poker that year, earning his first cash ($11,264) for his 26th place finish in the $3000 NLHE tournament.

After honing his live tournament skills over 2009, Mclean would make his impact known on the tournament poker world in 2010. He would earn his way into the World Poker Tour’s Bay 101 Shooting Stars event through a satellite at the casino, then proceeded to do battle against 333 players in the bounty format tournament (fifty top professionals had $5000 bounties on their head for whomever knocked them out).

Although he would be short through much of the tournament, Mclean went on a run that earned him the bounties of three pros – Erik Seidel, Greg “FBT” Mueller and “Miami” John Cernuto – as well as a $15,000 boost to his wallet. Buoyed by this success, Karr would work his way to the final table against notable pros Hasan Habib and Phil Hellmuth with the third largest chip stack and a shot at a WPT championship.

Karr eliminated Habib from the tournament in fourth place before dispatching Dan O’Brien in third, setting up for a showdown against Andy Seth. Despite having nearly a 4:1 advantage in chips, Mclean made it exciting. Seth was able to eke out a small lead before Karr stormed back, eventually busting Seth when his pocket fours were no match for Mclean’s pocket eights. Once the board ran dry for Seth, Mclean earned the championship of the 2010 WPT Shooting Stars and his largest career cash (as of July 2011) of $878,500.

Later in 2010, Mclean would earn his second title, winning the EPT London’s High Roller Turbo event for a £270,500 score. He would win another High Roller event, this time at the inaugural WPT Vienna, for another €185,120 addition to his bankroll. Over his short live tournament poker career, Mclean has five tournament wins, twelve final tables and 21 cashes for total career earnings of $1.87 million. Added with his online earnings, Karr has over $4 million in winnings from tournament poker.

Away from the tables, Mclean is an avid snowboarder and follows all sports activities when he can. He travels the world and really doesn’t have a solid home, saying on his Facebook page that he splits his time between “Troy (Michigan), Los Angeles and equally random cities.” For Mclean, the pursuit of further tournament glory is something that he aspires to and which he has all the capabilities to achieve. 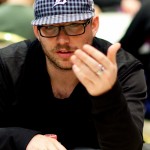 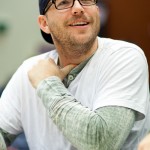 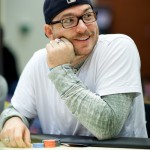 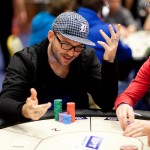 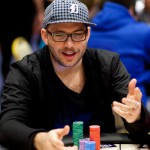 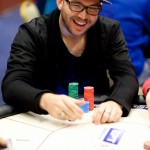 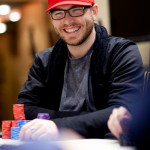 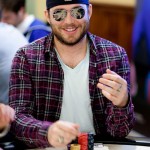 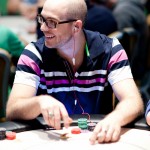 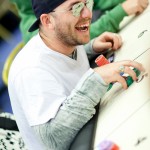