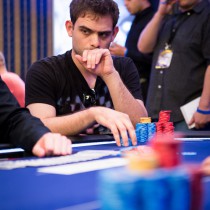 In the vast and rich world of poker, a dollar amount just under $1 million might not stand out as much as it should. But considering Michael Benvenuti is just getting started in his young poker career, that number might just be the tip of the iceberg.

Michael Benvenuti was born in the late 1980s in Southern California, Newport Beach to be exact. He led a relatively normal young life and graduated from Newport Harbor High School in 2004. From there, he was accepted into the University of Texas in Austin, and he moved away from home to obtain a college degree.

As so many others in the poker industry, it was during college that Benvenuti discovered poker. He and friends saw it on television and began to play in home games and online. He slowly built a bankroll online and eventually became a well-respected online player. At the same time, he graduated from college in 2008.

Though he originally returned from school to Costa Mesa, California, he soon moved to Las Vegas, Nevada. He surrounded himself with like-minded poker players and improved his game even more. By June 2009, he was in 215th place in the overall online poker rankings, with a final table of a Spring Championship of Online Poker (SCOOP) under his belt. But over time, he also added big wins to his résumé, such as the Full Tilt Poker $1K Monday tournament for more than $60,000.

As Benvenuti’s bankroll soared into the six figures and continued to grow, he also took to the live tournament scene. He traveled to the Southern Poker Championship in Biloxi in 2009, where he won his first tournament, the $1,000 NLHE side event for $63,898, and cashed in another.

After cashing in a World Series of Poker event during the summer, he made two more final tables, one a second place finish at the Festa al Lago series at the Bellagio ($25,271 in a $500 NLHE event), and the other a second place at the 2009 Caesars Palace Classic $5,000 Championship tournament for $129,562. His first year in live poker turned into one worth over $200K.

In 2010, Benvenuti cashed in two WSOP events in Las Vegas and the Championship event at the WSOP Europe. While still in London, he made the final table of the European Poker Tour’s London festivities in a £1,500 NLHE event. But it was his return trip to Las Vegas to play in the Festa al Lago that brought him the biggest payout of his career. He played in the World Poker Tour $10,000 NLHE Championship event there, made the televised final table, and finished second for $564,200.

Benvenuti started 2011 with the second victory of his career, taking down a $1,000 NLHE event at the Five Star World Poker Classic at the Bellagio for $46,869. And he had four cashes at the 2011 WSOP, putting his lifetime live tournament total just under the $1 million mark through the first half of the year.

With less than three years of live poker under his belt to add to his great success in online poker, Benvenuti continues to be a force at the poker tables. 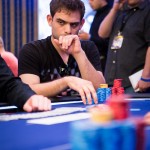 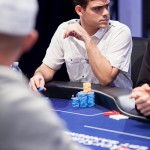 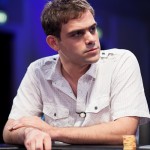