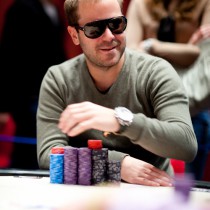 Poker players like Michael Tureniec make tournament poker look easy, but behind the seemingly fast success was much study of the game and a steady growth that took time and patience.

Michael Tureniec was born on June 16, 1985, in Solna, a municipality of Stockholm, Sweden. He spent his young life there, finishing his requisite education and serving his country through military service after high school.

Tureniec had trouble finding work after the military, so he took a job as a cashier in a supermarket to make ends meet. When he had free time, he spent it with friends, playing cards, mostly games like Chicago and blackjack, or betting on sports. But it was in 2003 that poker came into the picture, and within a year, he was playing online poker.

He quickly realized that there was more to the game than met the eye, so he purchased as many poker books as possible and studied the game, also utilizing the many Internet forums that were available. Though he played some cash games, he found that tournaments – mostly NLHE – were his specialty.

And by 2006, Tureniec built enough of a bankroll to outweigh that from his other job, and he became a professional poker player. Soon after, he began taking an interest in live tournaments.

His first trip to the United States came in 2007 for the World Series of Poker, though he only cashed in one event there. But over at the Bellagio in Las Vegas, he made the final table of a $1,500 NLHE event. He made the same trip next year and cashed again at the WSOP, and he finished second in a preliminary event at the European Poker Championships in London.

Tureniec’s breakout year on the live circuit was 2008 and on European soil. He made the final table of an event at the European Poker Tour’s stop at the Scandinavian Open in Copenhagen, but it was at the EPT London that he made his first major final table in the £5,200 NLHE Main Event. He finished second there for £525,314, and he followed that up with his first victory at the Master Classics of Poker in Amsterdam, winning a €1,000 NLHE event for €158,720.

In 2009, he cashed at events like the Aussie Millions and EPT San Remo, and he then made the final table of the Partouche Poker Tour Grand Final in Cannes, finishing seventh for €133,800. And at the English Poker Open in Nottingham weeks later, he finished second in the £3,010 NLHE Main Event for £121,815. He then received the honor of being named Swedish Player of the Year by BLUFF.

He continues to travel the global tournament circuit with friends, enjoying the travel opportunities. When at home, he watches football and spends time with friends and watching movies. 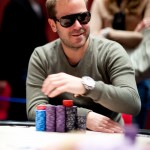 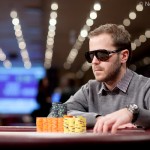 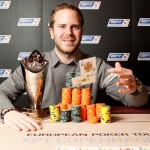 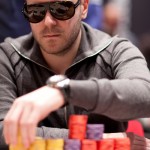 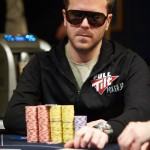