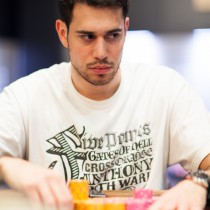 Nick Schulman took to the live poker tournament circuit as soon as he turned 21 in 2005. His first cash was a World Poker Tour win. The youngest WPT winner took down the $10,000 NLH main event at the Foxwoods World Poker Finals. Schulman won the hefty $2,167,500 prize and parlayed that into a successful poker career.

Less than a month later Schulman headed to Atlantic City for the $10,000 NLH World Series of Poker Circuit event. He made the final table and went out fourth for a $74,495 payday. In April 2006 Schulman was invited to play in the WPT Battle of the Champions IV. He bested a final table  that included Scotty Nguyen, Joe Bartholdi, Mike Mizrachi and Freddy Deeb to win the first place prize of $25,000.

In June 2007 Schulman made his first WSOP final table. He went out in sixth place in the $5,000 NLH event and earned $108,457. Once the summer series ended Schulman returned to the casino that had made him a WPT champion in Connecticut. The reigning Foxwoods World Poker Finals champion almost pulled a repeat in the  $10,000 NLH main event. Schulman finished just short of his second WPT title when he busted as the runner up. For his second place finish Schulman earned $864,652.

In January 2011 Schulman opted to try his luck at the $100,000 NLH PokerStars Caribbean Adventure Super High Roller event on Paradise Island in the Bahamas. He made it through yet another professional laden field to the final table. Schulman ended up going out in fourth place and winning $400,000.

At the 2011 WSOP Schulman made three finals tables and all of them were in $10,000 buy-in events. In early June he made the final table of the event he won in 2009, the NL Deuce to Seven Draw tournament. He went out fifth and earned $69,216. Three days later Schulman finished ninth in the Seven Card Stud Championship event and won $32,488. He also made the final table of the LHE Championship and went out in ninth, again, for $35,519.

In addition to his tournament skills Schulman boasts impressive results in cash games. The New Yorker spends much of his time playing in the biggest mixed games he can find. 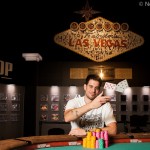 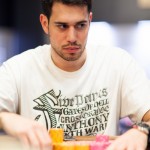 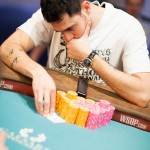