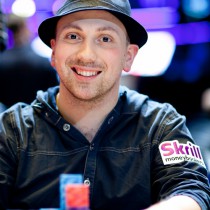 Nicolas “Nick” Yunis is a professional poker player who made his first live-event cash in 2008. In the first 4 years, Nick cashed 17 times, made 7 final tables, cashed in a WSOP event, and earned over $306,000.

At the EPT/UK & Ireland Poker Tour London, Nick cashed 3 times in €1,000 events. He made the final table in all 3 events, finishing runner-up in the last one to collect £15,700. He ended the year by cashing at the EPT San Remo, and at the Rock and Roll Poker Open in Hollywood, Florida.

In January 2012, Nick was the PokerStars Caribbean Adventure, where he cashed twice. After cashing in the $1,000 NLHE Survivor event, he won a satellite entry to the $25,000 High Roller 8-Max event. He busted out in the first three levels, but as luck would have it, the High Roller was a re-entry event. While walking through the poker room, he happened upon the last High Roller single table satellite that needed one more player to get underway. On a whim, Nick signed-up and won another entry –putting him back in the High Roller event to try again. At the end of Day 1, he was the chip leader, but just missed the final table when he ended up in 9th place to collect $79,770.

When he takes a break from playing poker live and online at PokerStars, Nick enjoys going out with his friends, Salsa Dancing, and going to comedy clubs. 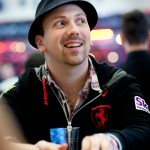 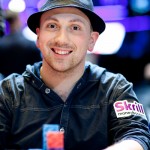 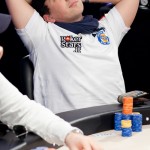