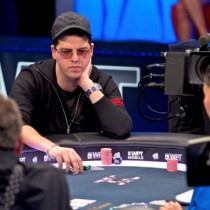 Noah Schwartz made the final table of the only $40,000 NLH event that the World Series of Poker has ever run. It took place during the summer of 2009 to celebrate the WSOP’s fortieth anniversary. He pocketed almost a quarter of a million dollars for his eighth place finish.

The Florida native began playing poker online when he was in high school. His father had just passed away and it kept his mind occupied. Within a month of opening his account on Party Poker he won more than $70,000 for taking down a major tournament. Within the next month Schwartz ran his Party Poker account up to almost $300,000 before going completely broke within ten days. This taught him that it wasn’t always easy to win and he learned how to manage his bankroll accordingly.

Schwartz’s first live tournament cash took place in Las Vegas in December 2006. He played a $1,000 NLH event during the Bellagio Five Diamond World Poker Classic and finished second to win $20,615. Schwartz returned to Las Vegas that summer and cashed twice in the 38th Annual World Series of Poker. His most notable cash took place in the $10,000 NLH World Championship. He came in 252nd place out of 6,358 players and won $45,422.

In January 2008 Schwartz made his first televised World Poker Tour final table. He came in 4th in the $10,000 NLH event at the Borgata Winter Open in Atlantic City, New Jersey. Schwartz pocketed $331,958 for his finish. In April Schwartz played and won a satellite tournament to the $25,000 NLH World Championship. He played the World Poker Tour’s season ending event and ended up cashing for $65,955. A month later he clocked his first live tournament win when he took down a daily $1,000 NLH event at Bellagio. He won $53,675.

Schwartz’s first international cash took place in Cannes, France. He played the 8,500 Euro NLH Partouche Poker Tour Grand Final and finished 28th. Schwartz continued his worldwide tour when he hit Australia in January 2009. He finished 42nd in the A$10,000 NLH Aussie Millions Poker Championship for A$20,000. A few days later Schwartz came in second in the A$2,000 NLH event and won A$86,716.

During the 40th Annual World Series of Poker Schwartz played the $40,000 NLH event. He put up the hefty sum along with 201 other players for a shot at a once in a lifetime bracelet. Schwartz made it to he final table but was eliminated when his pocket Queens could not hold up against an opponent’s pocket Tens. He earned $246,834 for his eighth place finish. Schwartz cashed twice more at the WSOP that summer.

In October 2010 Schwartz made yet another final table, this time in the $10,000 NLH Festa al Lago Championship event. He took third place in the World Poker Tour televised final table and earned $344,968.

Before Schwartz became a professional poker player he aspired to play professional baseball. The pitcher played all through high school and his first year at Florida International University before he tore a ligature in his pitching arm and could no longer played. Schwartz now satisfies his competitive appetite at the poker tables. 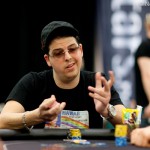 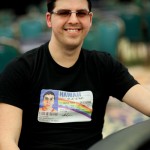 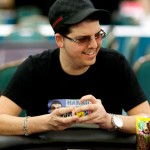 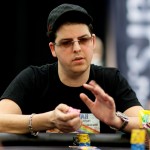 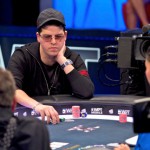