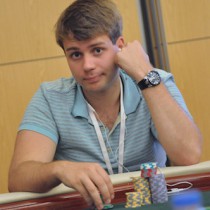 Oleksii Kovalchuk is a young professional poker player who cashed in his first live event in 2011. By October of his first year, the 21-year-old Ukrainian had cashed 9 times, made 4 final tables, won 3 events, cashed in 4 events at the WSOP, won a gold bracelet, and earned over $1.1 million.

Born September 18, 1989 in the Ukraine, Oleksii was introduced to the game of poker as a teenager by his father who taught him how to play. Today, he divides his time playing online and in cash games near his home in Kiev. Because poker tournaments are held in Kiev only about four times a year, it was perfect timing that saw Oleksii make his first live event cash in his hometown.

After claiming a massive chip lead on day 2, Oleksii made the final table in the €8,500 NLHE Main Event at the Partouche Poker Tour Cannes. He has already earned €70,000 and will be in 7th chip position when play continues on November 12. Attending his first WSOP Europe in Cannes, Oleksii couldn’t repeat his Las Vegas success, but did cash 10th in the €5,000 PLO event to earn €17,190.

Because of his phenomenal success his first year out, as of September 2011, Oleksii was in 8th place in theCard Player Magazine Player of the Year race. 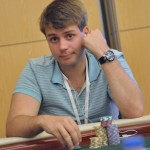