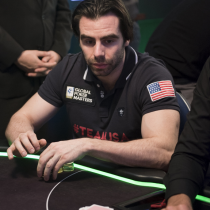 Now recognized as one of the toughest competitors in both live and online poker, Olivier Busquet actually got a late start in the game, but he has been making up for lost time over the past three years.

Born August 22, 1981 in New York City, Olivier had many passions as he grew up. At the age of six, he picked up chess through his father’s tutelage and became a formidable foe in tournament chess. Once in high school, his athletic talents came to the forefront, with Busquet excelling in both basketball (he was an all-NYC basketball player and scored more than 1000 points in his high school career) and track (running a 4:30 mile and becoming a league champion in both 800m and 1600m events).

Upon graduation from Trinity High School, Olivier was accepted to Cornell University on the strength of his high school performance and a perfect math SAT. He originally planned on studying mathematics but, by the time he had graduated, he had earned a degree in philosophy. Busquet then moved into the financial world, working on Wall Street following graduation from Cornell before moving on to a large hedge fund management firm in Connecticut.

Poker wasn’t a part of his life until the mid-2000s, when he was first exposed to the game. “A friend of mine from high school brought me to an old friend’s house,” Olivier said in an interview with Poker News Daily in 2009. “I never really played and walked into a room with young 20 year-old, confident kids and was intimated. I ended up losing money and that piqued my interest a bit.”

The sting of losing only drove Olivier to fully delve into the world of poker, which has become a lucrative outlet. He first entered into the online poker world in 2006 where, using the screen names “livb112” and “Adonis112,” Busquet began to correct the errors he had made in that previous home game. He steadily became one of the toughest online poker players in the game, earning over $2 million in heads up cash games. His tournament skills were also honed in the online arena, where Olivier has over $419,000 in earnings as of June 2011.

In 2008, having honed his poker game to excellence, Olivier entered into the live tournament poker world. His first cash, a second place finish in a $300 NLHE tournament for a $7863 score, was in an event during the East Coast Poker Championships at the Turning Stone Casino and Resort. Later in 2008, Busquet would make his first trek to Las Vegas for the World Series of Poker, earning his first cash in a $2000 NLHE event.

While it may have been a slow start, 2009 saw Busquet’s live tournament poker skills blossom. Three cashes at the 2009 WSOP led to his first venture into the World Poker Tour at the Borgata Poker Open in the fall. In what was one of the largest fields in WPT history (1018 players), Olivier overcame a 20:1 chip disadvantage during heads up play against Jeremy Brown to capture his first major tournament poker championship. The victory not only put Olivier on the live poker map but also gave him a $925,514 bankroll boost, his largest lifetime cash as of June 2011.

Since that breakthrough on the WPT, Olivier has only continued to add to his tournament poker resume. He has seven other final table finishes in three short years, with 23 cashes to his credit. Busquet has earned $2.23 million in live tournament poker; added with his online tournament earnings, he is approaching $3 million in tournament winnings since 2006.

Olivier has been a staple of televised poker in the United States, with appearances on “High Stakes Poker” and the National Heads Up Poker Championships under his belt. Busquet has stated that one of his goals in the tournament poker world is to capture poker’s elusive “Triple Crown” – championships on the WPT, WSOP and EPT stages.

Away from the tables, the dapper Olivier is happily married to his wife, Lorelei, and acts as stepfather to her two children. He is active in charitable work around New York and hopes to become more active in several other facets of life in an attempt to balance himself between the “real” world and the poker world. 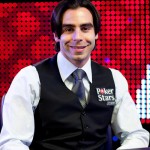 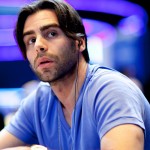 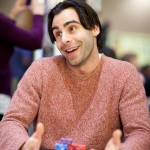 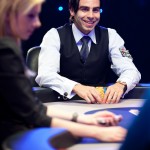 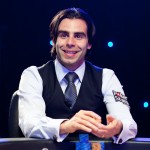 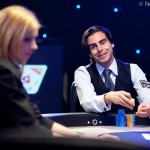