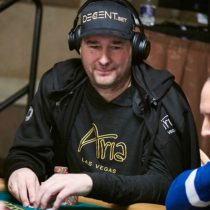 Phil Hellmuth is one of the most famous professional poker players in the world and considered by many to be the best live tournament player of all time. Since his first tournament win in 1987, Phil has cashed almost 300 times and made over 200 final tables. As of 2011, he holds the record for the most WSOP cashes (86 including one at the WSPOE) the most WSOP final table appearances (45) and the most WSOP Championships bracelets won (11).

Phil Hellmuth Jr. was born on July 16, 1964 and grew up in Madison, Wisconsin, the first of five children. He attended Blessed Sacrament elementary school where his best friend was future comedian Chris Farley. After high school he attended the University of Wisconsin where he was introduced to Texas Hold‘em at the student union. After winning in local poker games, he dropped out of college after three years to focus on poker. After his 10th losing trip to Las Vegas, he was back in Madison working as a field laborer to build up his bankroll so he could head back to the poker capitol of the world. Soon he started winning and making history.

Phil cashed seven times in 1990 and made six final tables with his biggest win being in the $2,500 NLH event at the WSOP where he finished fifth for $32,500. Five more cashes at five more final tables came in 1991 including three final tables at the Hall Of Fame Poker Classic where he took first in the $1,500 PLH for $80,400.

During 2002 Phil would again cash 19 times, including twice at the WSOP and make 17 final tables. He cashed for the first time in two WPT events and had his biggest payday of the year in the $8,000 LH event on the Party Poker Million Cruise when he finished third for $62,400.

In spite being shut out three times from taking home bracelet 12, the usually outspoken, boisterous and sometimes abrasive ‘Poker Brat’ handled his defeats with a calm and grace not normally seen from this poker super star.

As of July 2011, Hellmuth’s total live tournament winnings exceed $13,000,000 which ranked him fourth on the All Time Money List. A familiar face on TV, Phil can regularly be seen playing in big events and also as a host on ESPN, Bravo, and NBC. Among his many accomplishments, he has won Player of the Year honors, holds over 50 major tournament titles and was elected to the Poker Hall of Fame in 2007. 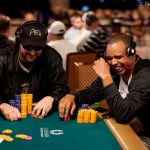 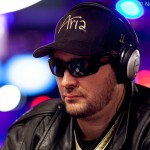 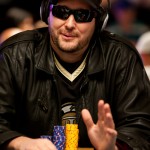 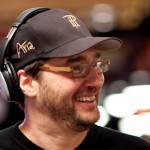 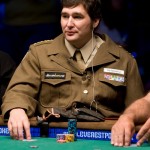 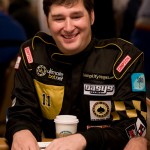 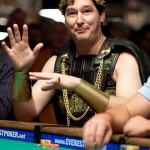 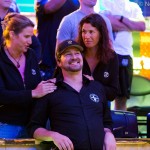 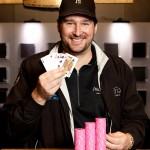 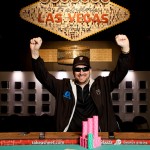 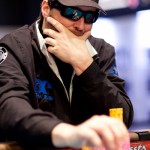 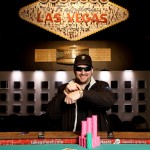 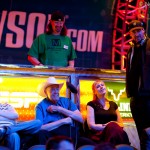 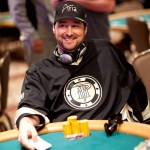