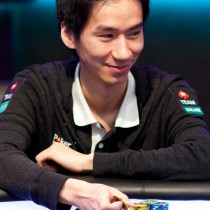 Randy “nanonoko” Lew is a professional poker player who made his first live-event cash in 2010. In the first 2 years of his career, Randy cashed 8 times, made 2 final tables, won an APPT event, made the money in 4 WSOP events, and earned over $725,000. He is also one of the most successful online cash game players in the world, earning over $2.6 million.

Born on July 3, 1985, Randy grew up in Sacramento, California. He started playing competitive video games in middle school, and by the time he attended UC Davis to study Managerial Economics, he was making a name for himself on the videogame scene. During college, he discovered poker while playing on the videogame circuit when he met Team PokerStars Pro Hevad Khan and other gamers who were playing online poker.

Randy opened a PokerStars account and soon found that the decision-making skills and quick-fire reactions that he developed by playing video games were perfectly suited to multi-tabling. It wasn’t long before “nanonoko” was spending several hours a day playing 24 NLHE 6-Max mid-stakes cash games at once – and winning.

Randy played over 4 million hands, leading him to achieve PokerStars Supernova Elite VIP status in 2007, 2008, 2009 and 2010. In November of 2009, he made headlines when he surpassed the $1 million mark in cash-game earnings, which was an amazing achievement for a $5-$10 grinder.

Randy’s next cash was in January 2011 at the Aussie Millions, where he finished 10th in the Main Event to take home A$100,000. He was then back in the USA to attend the WSOP where he made the money in a pair of $1,500 NLHE events, and a $1,000 NLHE event. To end the year, Randy proved he wasn’t just an online cash-game master when he made the final table of the HK$30,000 NLHE Main Event at the APPT Macau. Starting the final table with the shortest stack, he went on to win the event for HK$3,772,000.

In January 2012, Randy was in the Bahamas for the PokerStars Caribbean Adventure, where he cashed twice. After cashing in the EPT Main Event, he made the final table in the $25,000 NLHE 8-Max High Roller event. As the shortest stack against seasoned poker pros Jonathan Duhamel, Daniel Negreanu, Viktor Blom, Scott Seiver, Mike McDonald, Humberto Brenes and Dan Shak, Randy couldn’t repeat his Macau feat and finished 8th to earn $108,780.

Randy also had another poker achievement in the first month of 2012. He set a new Guinness World Record when he played 23,493 hands online in the space of 8 hours – and ended up with a profit.

After Black Friday, Randy relocated to Vancouver, Canada so he could continue to play online as a member of the PokerStars Online Pro Team. When he is not grinding the cash games, he still plays fighting games at the highest level, and visits his friends and family in California. 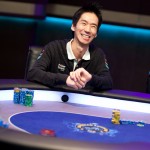 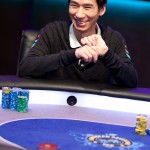 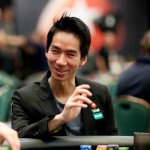 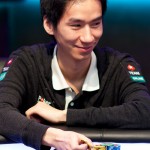