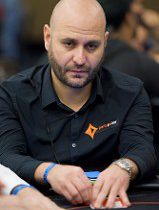 Many of the best poker players in the world earned their stripes in Europe before becoming recognized by the American poker media. Roberto Romanello was one who did just that, but now with more than $2 million in live tournament earnings in about five years, he is an international star.

Roberto Romanello was born in the 1970s in Italy, though his family moved to Wales when Roberto was young. His father became a restaurant owner with Roma Fish Bar in Swansea, and Roma 2000 became the second of many future restaurants. The family business was taken up by Roberto and his three brothers to help the family, which is the most important thing to the Romanellos.

Growing up playing soccer, Romanello was competitive by nature and made it into the amateur league. But a serious injury – broken tibia and fibula – and several surgeries removed him from the field. It was during his recovery that he began watching the World Series of Poker broadcasts on television. He requested that his brother purchase a laptop for him, and he then deposited $50 to an online poker account.

He won an SnG into an MTT, which he also won for a $15,000 prize package to the World Poker Tour’s Mirage Poker Showdown in Las Vegas, though the account was in his brother’s name. In the two months that passed before the event, Roberto built his bankroll to a large enough amount that allowed both brothers to travel and play in the large buy-in event.

Romanello returned to Wales and final tabled the Main Event of the Welsh Open in Swansea, then returned to Las Vegas for the World Series of Poker, finishing in the money of the $10,000 NLHE World Championship event for $38,759. Later that year, he won his first tournament, taking home €42,200 for a €500 NLHE event at the Barcelona Open.

He continued to play and travel the live poker tournament circuit, final tabling events from the Bellagio Cup in Las Vegas to the European Poker Championships in London, and he continually did well on the Grosvenor UK Poker Tour.

In 2009, Romanello cashed in bigger events like the PokerStars European Poker Tour Main Events in Prague and Copenhagen, and he won the PartyPoker European Open V for $200,000. He also made the final table of the £5,000 PLO event at the WSOP Europe series in London, finishing seventh.

His biggest year, however, was 2010. He started with the final table of the EPT Copenhagen, where he finished sixth in that Main Event for over $100K, and he won an episode of the Poker Lounge, a televised invitational event in Cardiff, for $120,000. He then returned to Prague for the EPT in December, and he won the €5,000 NLHE Main Event for €640,000.

Months later, he made the final table of the 2011 Full Tilt Poker Series in Madrid and finished fifth, then went on to play the World Poker Tour Bratislava Main Event weeks later, which he won for €140,685.

Meanwhile, Romanello had been noticed by Full Tilt Poker and obtained an international player sponsorship, which enabled him to represent the site at live tournaments around the world as well as online. He became known for his friendly personality and table talk, and he is now respected for his live tournament winnings that exceed $2 million.

When not working on his poker career, Romanello returns home to Wales and helps with the family restaurant businesses. 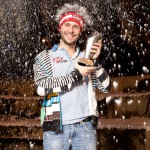 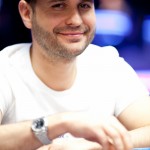 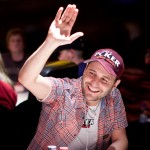 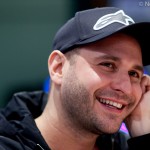 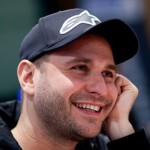 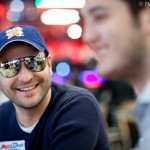