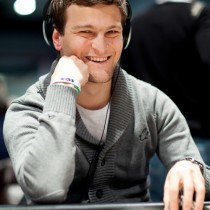 Ruben Visser is a Dutch professional poker player who had his first live-event cash in 2008. In the first 4 years, Ruben cashed 17 times, made 8 final tables, won 3 events, cashed in a WSOP Main Event, and earned over $1 million.

Born in 1989, in Amsterdam, The Netherlands, Ruben grew up thriving on competition, playing field hockey, football, tennis, and snowboarding. He was introduced to poker while studying Business and Marketing at Erasmus University in Rotterdam, by playing 5-Card Draw, Pot-Limit Omaha and No-Limit Hold\’em in the school cafeteria with friends. Realizing he needed to improve his skills to be successful at the game he loved, he started reading books, visiting poker forums, and studying poker.

In January 2012, Ruben signed a sponsorship deal with Poker770 to represent them at live events around the world as a member of their Pro Team. If his first 3 cashes were any indication of where Ruben was headed in 2012, the young Dutchman was going to have his best year yet. He started by finishing 8th in the $10,000 NLHE Main Event at the PCA to collect $156,400. The next month, he was at the EPT Deauville, where he cashed twice, winning €44,400 for taking down the €1,000 NLHE Bounty event, and finishing runner-up in the €10,000 NLHE to collect €152,000.

Ruben still lives in his hometown of Amsterdam, where he enjoys having friends over for barbeques when he is not playing poker. He also still likes snowboarding, playing football, tennis and field hockey. As a member of Poker770, he is scheduled to start making instructional poker videos for the online poker site. 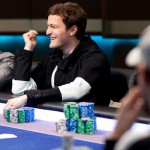 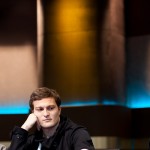 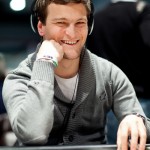 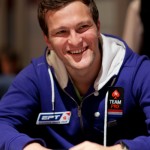 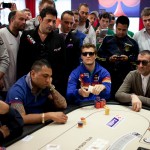