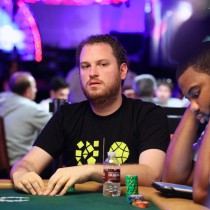 For his victory in the $25,000 World Poker Tour Championship, Scott Seiver won $1,618,344 in May 2011. The culminating event of the WPT season drew one of the strongest fields of the year and earned Seiver not just the money and his first WPT title, but recognition as one of the world’s best tournament poker players.

Seiver graduated from Brown University with a BS in Computer Science. His professional goal was a career on Wall Street and he was on that path. Upon graduation Seiver secured a position with the legendary investment banking firm Lehman Brothers. During training, however, he realized he didn’t really want the job. Seiver knew he wanted to play poker for a living and so, with a week of training left, he quit his job and headed to Las Vegas. The abrupt resignation was due to the fact that the World Series of Poker was running and, as a (new) professional poker player, he simply could not miss it.

While still in college, Seiver cashed for the first time in tournament poker, at the 2006 WPT Legends of Poker in Los Angeles. His 19th place finish earned him $26,620. In 2007, having left Lehman Brothers behind, Seiver cashed 3 times at the WSOP, the biggest of which came when he finished 32nd in a $1,000 NLHE event. Seiver earned $16,133 in that tournament.

The following year, 2008, was historic for Seiver and his former employer. He cashed 4 times at the 2008 WSOP and won his first bracelet. Seiver was the last man standing in the $5,000 NLHE. He pocketed $755,891 and solidified himself as a top tournament professional. Whether to highlight Seiver’s decision to choose poker over banking or in an historic example of “runnin’ good,” Lehman Brothers filed the largest-ever bankruptcy petition on September 15, touching off a world financial crisis.

In 2009 Seiver decided to try his skill in a high-roller event and headed to the Bahamas for the PokerStars Caribbean Adventure. He came in 3rd the $25,000 buy-in tournament that included seasoned professionals like Bertrand Grospellier (the eventual winner), Eli Elezra, and Nick Schulman. Seiver earned $137,000 for the effort.

At the 2010 Annual World Series of Poker, Seiver exhibited the breadth of his poker skill. He cashed 4 times in events that were not NLHE. These finishes included 12th place in NL Deuce-to-Seven, 19th place in Stud, 16th place in HORSE, and a 6th place finish in the 8-Game Mix.

Seiver began 2011 with a runner-up finish in the Heads-Up NLHE at the L.A. Poker Classic, for $63,160. This set the stage for Seiver to triumph over the touch WPT field for the season-ending Championship and his first million-dollar payday.

Seiver credits a fraternity brother from Brown, Isaac Haxton, for getting him into poker. Haxton was already a successful player when he introduced him to the game. The turning point in Seiver’s commitment to poker occurred at Brown when he made the final table of an online tournament but had to go to a fraternity meeting. He brought along his laptop and his frat brothers, including Haxton, who sweated him all the way to victory before they began the meeting. 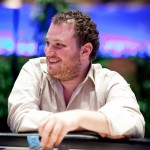 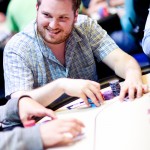 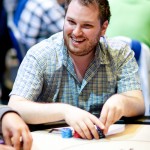 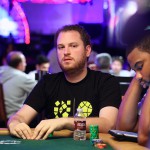