Shawn Buchanan is a Canadian professional poker player who made his first live-event cash in 2004. In the first 7 years, Shawn cashed 54 times, made 17 final tables, won a pair of events including a WPT title, made the money at the WSOP 27 times, and earned over $3.8 million. During that time he was also a successful online poker player, earning over $1 million.

Born on July 6, 1982 in British Columbia, Shawn participated in sports while growing up. After getting his education, he worked in landscape gardening and house framing, but when he was introduced to poker, he found a game that not only fueled his competitive nature, but had the potential to become lucrative as well.

After playing in small stakes games with friends, Shawn started playing $6/$12 LHE cash games in card rooms and casinos. He soon discovered online poker and the excitement of NLHE. Playing on PokerStars as “buck21” started scoring in online tournaments, making the money in several WCOOP and SCOOP events. His online earnings top the $1 million mark, with one of his biggest cashes being in 2007, when he won the WCOOP $500 PLO event to earn over $97,200. In 2009, he made a pair of final tables in the SCOOP series, finishing 3rd in the $2,000 Deuce-to-Seven event for $30,000.

He made his first live-event cash at the 2004 World Poker Challenge in Reno when he finished 3rd for $22,829 in a $1,000 NLHE event. He also cashed at the WSOP, and made the money twice at the Summer Pot of Gold Tournament, Reno. In 2005, Shawn earned $25,900 when he finished 13th in the WPT $7,800 Main Event at the PokerStars Caribbean Adventure (PCA), then made the final table of the Main Event at the Great Canadian Freezeout Series.

Shawn’s first cash of 2008 was at the L.A. Poker Classic where he earned $31,280 in the WPT Main Event. After he cashed at the Canadian Open Poker Championship, he was back in Vegas to cash in 4 WSOP Events. Although he had only ever played in one Pot Limit Omaha event, he finished 4th for $218,491 in a $2,500 NLHE event, and took 11th in the PLO World Championship event to earn $53,721. His last cash of the year was at the Bellagio Cup, where he made the money in the WPT NLHE event.

Shawn cashed 13 times in 2010, with 8 of them being at the WSOP. He started the year by cashing in the High Roller event at the NAPT PCA, the WPT Main Event at the L.A. Poker Classic, and finishing 5th in the $25,000 NLHE Bounty Shootout at the NAPT Mohegan Sun, to earn $80,000. Just before the WSOP, he finished 3rd in the WPT World Championship at the Five Star World Poker Classic event to earn $587,906.

Shawn makes his home in British Columbia, which allows him to legally continue to play poker online. As for his future in poker, Shawn has said that he plans to enter the business world at some point, but for now, earning his living being the 7th most successful Canadian tournament player in history suits him well. 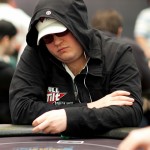 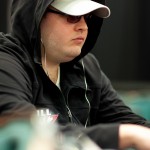