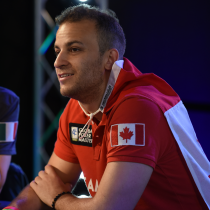 Sorel Mizzi is a Canadian professional poker player who made his first live-event cash in 2006. In the first 5 years of his career, Sorel cashed 64 times, made 31 final tables, won 8 events, cashed at the WSOP 18 times, and earned close to $4.2 million.

Sorel was born on April 16, 1986 in Toronto, Ontario, Canada, the youngest of 3 boys. While growing up, he loved to play games, and would wager on everything from Scrabble to Wheel of Fortune. While attending A. Y. Jackson Secondary School, Sorel started playing poker in home games with friends, and while in college, started playing poker online. Playing as \\\”Imper1um\\\” on Full Tilt Poker, it wasn’t long before he was making deep runs in big online tournaments, including booking wins in FTOPS events. On PokerStars where he plays as “Zangbezan24,” he had several big scores, including winning a $750,000 Guaranteed for $149,737, and a SCOOP event for $118,500.

Sorel was ready to play live, but since he wasn’t 21 yet, he started playing events in places like Aruba and Barcelona where he was of legal gambling age. In 2006, he made his first live-event cash when finished 10th in the $5,000 NLHE Ultimate Bet Aruba Classic event to earn $29,800. His only other cash that year was at the Ongame Network Poker Classic Barcelona, where he took 11th in the $5,000 NLHE to earn $21,243.

The first of Sorel’s 12 cashes in 2008 was at the Irish Open where he cashed in the Main Event. After cashing at the EPT Grand Final Monte Carlo, the WSOP Circuit event at Caesars Palace, and the WSOP, he finished runner-up in the £5,000 PLO at the WSOP Europe London to earn £132,000. He went on to cash at the European Poker Championships, the WPT Main Event at the North American Poker Championship, and the Master Classics of Poker. To end his year, he made his biggest cash at the Doyle Brunson Five Diamond World Poker Classic, where he cashed 3 times, and won the $3,000 NLHE to collect $143,050.  This was also the year that Sorel turned down a deal from Full Tilt, and signed a deal as a sponsored player with Betfair poker.

After cashing at the NAPT Mohegan Sun, Sorel won the $7,200 NLHE East Coast Championship at the Borgata Spring Poker Open to earn $170,313. In Europe, he made a pair of final tables when he took 6th for €143,400 in the NLHE High Roller event at the EPT Grand Final Monte Carlo, and earned €120,000 for his runner-up finish in the €20,000 NLHE High Roller event at the WPT Rendez-Vous à Paris. In recognition of his tournament accomplishments in 2010, Sorel was awarded the Bluff Player of the Year Award. He also found a new sponsor when he was signed as a Titan Poker Team Pro.

To make it easier to play live events and play online, Sorel splits his time between Las Vegas and Toronto. He is the leader of Team Titan Poker where he plays as “Imper1um”, and represents the online poker site at major live events all over the world. In his spare time, Sorel enjoys tennis, listening to music, and hanging out with his friends. 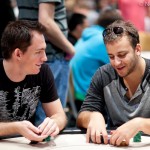 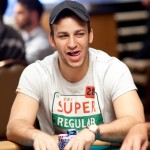 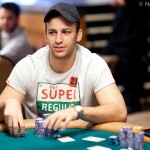 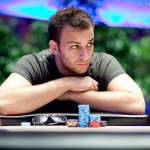 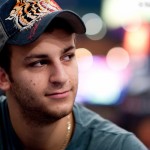 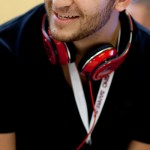 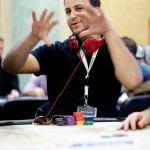 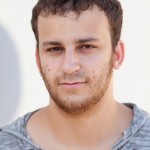 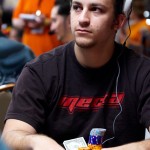 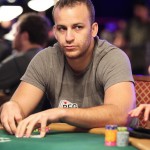 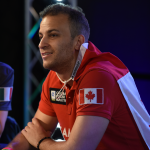