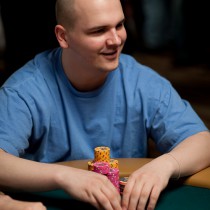 It seems that most of his life has been based on some sort of competition, but Steve Billirakis has found his true calling when it comes to tournament poker.

Born May 26, 1986 in Hampshire, Illinois, Steve’s competitive juices flowed from an early age. He showed a penchant for playing cards, starting with the game Hearts, and followed in his mother and stepfather’s footprints as a champion foosball player. Billirakis then moved on to baseball, although that path was cut short due to some academic failings that prevented him from playing on his high school team. It wasn’t until he found online poker that Steve latched onto what would become his career.

“My mom hated the fact that I wanted to gamble, but I talked her into putting $50 on PokerStars for me,” Steve stated in a CardPlayer interview in 2009. “I won a little, and then I won a $50 tournament for like $1,800. That kind of got me started.” It would only be the beginning, as Steve would continue to improve his game while making his first impressions in both the live and online tournament poker arenas.

Steve’s first cash came at the tender age of eighteen during a tournament at New York’s Turning Stone Casino and Resort. In a $100 NLHE tournament during the East Coast Poker Championships in 2004, Billirakis would finish in seventh place for a $657 score. The first live cash would only feed his desire for success in tournament poker.

Billirakis set a goal for making the 2005 PokerStars Caribbean Adventure tournament in the Bahamas and, after failing to win a seat via satellite, decided to buy directly into that year’s event. It proved to be a good move as he would earn his second ever live cash in the PCA Main Event in 2005, good for a $13,000 payday for his 39th place finish in the 461 player field.

While not able to enter an American casino legally, Billirakis continued to improve his game via online poker. Under the alias “MrSmokey1,” Steve would eventually work his way to playing $200/$400 No Limit cash games while continuing to punish online tournaments. As of June 2011, Steve can claim several online tournament victories – with the most notable being a $100,000 cash in a “winner take all” $5000 event on PokerStars in 2007 – while earning $1.98 million in online tournament earnings.

Steve would make his first trek to the World Series of Poker in 2007 and he would make an immediate impact. Initially deciding not to play in the particular tournament because of his lack of expertise in the Limit discipline, Billirakis took a shot at the $5000 Mixed Hold’em (Limit/No Limit) event, which would prove to be historic.

Battling through a 451 player field, Steve would defeat tough Canadian pro Greg “FBT” Mueller in heads up play to earn his first WSOP bracelet and his largest career cash to date, $536,287. The victory also virtually locked up a Las Vegas WSOP record for Steve, as he was eleven days past his 21st birthday in becoming the youngest ever bracelet winner.

For his career, Steven has been to the cash out window at the WSOP fourteen times (including twice during the 2011 WSOP, with a third place finish in the $10,000 Omaha Hi/Lo World Championship) and claimed a WSOP bracelet. Billirakis also has five cashes on the WPT and an NAPT cash on his poker resume. His live tournament history includes three victories, ten final tables and 28 cashes for career earnings of $2.1 million; added together with his online tournament earnings, Chris has made over $4 million since beginning his poker career in 2004.

Steve is a throwback to the “old school” style of player in that he doesn’t view tournament poker as a true measure of success. While he admitted in his CardPlayer interview that he will always return to the WSOP to play for bracelets, he sees the reason for being a professional poker player to be to earn income, which he does through cash games. Even with that said, Steve Billirakis has demonstrated that he has the skills in either arena to continue to be a success in the poker world. 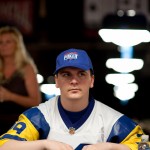 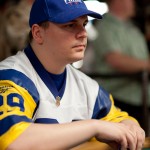 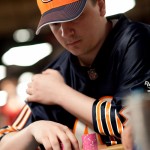 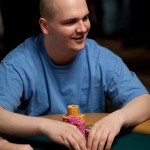