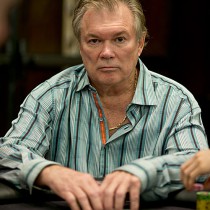 Ted Lawson won a World Series of Poker bracelet in the 3rd poker tournament he entered. It was the summer of 2004 and Lawson was an amateur player. He entered the $5,000 PLO and bested a solid final table of professionals that included Daniel Negreanu, Howard Lederer, Freddy Deeb, and Jeffrey Lisandro. Lawson went heads-up against good friend and talented pot-limit Omaha player, Lee Watkinson, and took the tournament down.

The former nationally-ranked University of Buffalo wrestling team captain had always played poker for fun. However, at the time of his World Series of Poker victory, most of his mental and physical energy was directed toward his thriving insurance business. Lawson had recently taken his enterprise, 21st Century Holding Co. (NASDAQ: TCHC), pubic busy making seven-figure investments on a daily basis.

In 2007, Lawson decided that it was time for him to take poker more seriously. He was prepared to go pro and knew he couldn’t do that while he was obliged to make day-to-day operational decisions. Lawson stepped down as Chairman of the Board and Chief Executive Officer of 21st Century Holding Co. and moved from Plantation, Florida to Henderson, Nevada.

Ted followed up these performances with a successful 2008 tournament season. He earned $393,765 for the year, playing a tournament schedule that revolved around Las Vegas. Lawson cashed in 13 tournaments that year, including 4 times at the WSOP. One of his proudest accomplishments was when he took down the $2,000 NLHE at the WSOP-Circuit event at Caesars Palace. That victory made him one of only a handful of players to have won both a World Series of Poker bracelet and a World Series of Poker Circuit ring.

If you want to find Ted Lawson in a tournament field, keep an eye out for his wife, Michele. More often than not she is on the rail, right behind him, for the duration of the tournament. Michele is an innovative baker of specialty cookies and she often shares these treats with poker players and poker media alike.  For recognition of excellence inside poker, Ted’s incredible record is neck-and-neck with the addictive cookies Michele freely hands out. 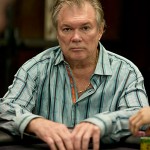 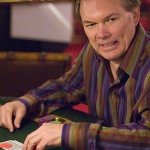 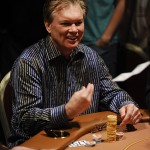 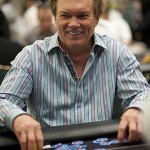