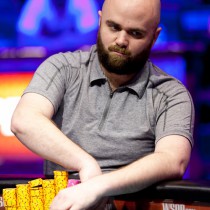 Timothy Finne is a professional poker player based in Fanwood, NJ. As a successful online poker player, he racked up online earnings of $2,069,340. Since hitting the live tournament trail, he has cashed 41 times including 10 times at the WSOP, made 19 final tables and finished first once.

In 2009, Finne cashed seven times and made one final table. He cashed three times at the WSOP with his best showing being third place for $126,199 in the $3,000 H.O.R.S.E. event. Other cashes that year were at the Borgata $500K Guaranteed Deep Stack, the WPT Marrakech and two cashes at the Southern Poker Championship in Biloxi.

To get 2010 off to a winning start, Timothy made his first cash of 13 when he finished third for $1,550 in the $1,000 Triple Stud Event at the PokerStars Caribbean Adventure (PCA), Paradise Island, Bahamas. He then cashed in a WSOP Circuit event at Caesars in Atlantic City before his three final table hits in a row.

The first win of the year for Timothy in 2011 was at the PCA where he finished 24th in the EPT $10,000 NLH Main Event to win $75,000. He continued to cash at EPT events throughout the year; once in Berlin and three times in Madrid. Other cashes came in the Grand Series of Poker Live in Seville and his first WPT cash at the Seminole Hard Rock Showdown, Hollywood. Then he was back to Vegas to cash three times at the WSOP with his best finish being 19th in the $2,500 NLH Six Handed event for $20,377.

As of July 2011, Finne has won over $600,000 on the tournament trail. Although he lists his favorite poker games as 17 Card Chinese, 2-7 Triple Draw, 6 Card Stud and Badeuci, it is obvious by his success that he is very good at any game he chooses to play in. 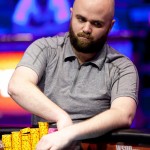 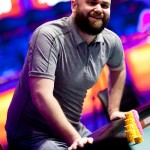