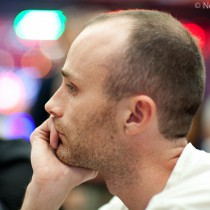 After spending years as a criminal defense lawyer in New York City, Todd Terry has had no difficulty facing poker’s toughest opponents and making decisions with important consequences on the line. As a poker professional, he has won over $1.7 million in live tournaments.

Todd Terry was born in the 1970s in Hoboken, New Jersey. He obtained a bachelor’s degree in applied mathematics at Harvard, then went to New York University Law School, where he earned his J.D.

After NYU Law, Todd began practicing law, developing a career as a criminal defense attorney in Manhattan. The challenges were great, the lifestyle hectic, and work demanding. But along the way, he also picked up a hobby. Poker, which he learned during his law school years, provided a temporary escape from his stressful career and allowed him to utilize his math background to increase his skills in the game.

From home games and getaways to local casinos to play poker, Terry eventually became skilled enough to pursue poker even more seriously. In the spring of 2007, he quit his job as an attorney to focus on playing poker full time.

He continued to do well in various events, from the WSOP in Las Vegas to the World Poker Finals at Foxwoods, and he accumulated more final tables at the U.S. Poker Championships. In 2009, he made his first World Poker Tour final table at the Legends of Poker in Los Angeles, finishing 3rd for $231,300. And he went deep in another WPT event, finishing 12th at the 2009 World Poker Finals Main Event.

In 2011, Terry has continued to do succeed, with a 4th place finish at the Foxwoods Poker Classic Championship event – a $46,755 payday for the $2,325 event – and multiple cashes at the WSOP, including a final table in the $5,00 NLHE Shootout.

When resting from the live tournament circuit, Terry spends time with his wife and 2 dogs, watching sports and collecting pop art. 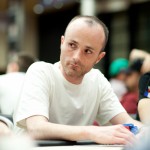 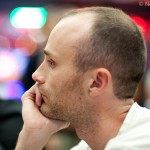 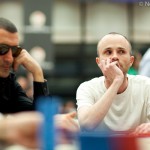 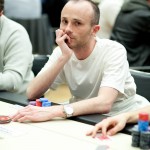