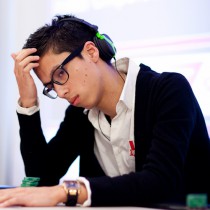 Having made his mark on the world of poker before many can legally enter a casino, Tristan Clemencon is poised to potentially become the next great French poker sensation.

Born on September 19, 1989, in Lathus, France, Tristan learned the game by playing with his older brother. Over card games on the kitchen table – using pasta noodles instead of poker chips for betting – Clemencon picked up the valuable skills necessary to be successful at the game. He would then take the next step – online poker – despite not being old enough to deposit money on an online poker site.

Tristan would begin his online career at Poker770.com and build his online game through playing in massive freeroll tournaments. As his skills increased, Clemencon would step up to the major online rooms with a modicum of success. Using the name “superroger47” over a vast array of the most popular online poker rooms in the industry, Tristan would earn his first legitimate online cash in February 2008. In a $6 NLHE $5000 Guaranteed tournament, Clemencon would finish in 275th place for a $12.22 score.

In March 2008, Tristan journeyed to the Irish Poker Open, where he would earn his first live tournament cash. In a €1500 NLHE side event, Clemencon would finish in tenth place, taking home a payday of €4810. Two months later, Tristan would earn his first ever live tournament victory at the Aviation Club in Paris, France. In a preliminary event for the Rendezvous a Paris, he would win a €1000 NLHE tournament for a princely sum of €30,000.

Clemencon would announce his arrival on the international poker stage by finishing in 49th place at the European Poker Tour stop in Budapest, Hungary, before making even deeper inroads in 2009. Three more cashes came on the EPT – including a final table at the EPT Deauville Main Event for his largest cash to date of €284,800 for his third place finish – as well as a cash on the World Series of Poker Europe arena. Between 2009 and 2010, Tristan would also earn two cashes on the World Poker Tour’s European schedule.

In 2011, Clemencon has continued to have a string of steady success. He has earned two more cashes on the EPT and – now 21 years old – could step to the baize of the WSOP Las Vegas. He has earned three tournament cashes during the 2011 WSOP, with a high finish of tenth in the $1500 H.O.R.S.E. event and a high cash of $32,644 for a sixteenth place finish in the $10,000 PLO World Championship.

It is startling to look at what Tristan has achieved in a very short time. For his live tournament career, Clemencon has a tournament championship, twelve final tables and 26 cashes for a grand total of $868,388. Along with his online earnings, Tristan has earned $1.19 million from tournament poker since his first cashes in 2008.

Now that he can legally enter U. S. casinos, it is hoped that Tristan Clemencon will continue to impress the poker world on American soil. Even if he doesn’t venture to this side of “The Pond,” Tristan, who has shifted his base to London, the United Kingdom, has a burgeoning career that could lead him to being the next great poker superstar. 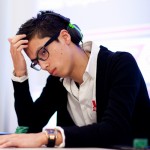 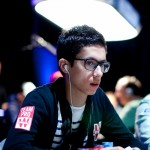 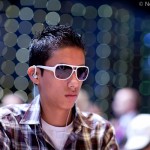 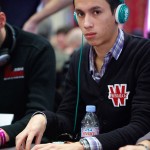