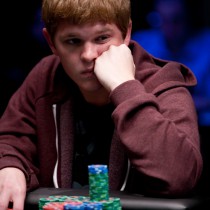 Most of the younger generation of poker players don’t find great success until they’ve put in years of practice, but Tyler Reiman seemed to pick up on the game so quickly that he started with a big win and has only improved from there.

Tyler Reiman was born and raised in Morton, Illinois, a small city outside of Peoria. He became interested in poker in his teenage years, and watching it on television led him to invest a small amount of money in an online poker account.

After high school, Reiman traveled to the shores of South Carolina and lived there for a time, mostly playing online poker and building a solid bankroll. He was anxious to begin playing live poker tournaments, but since he had yet to turn 21, most casinos in the United States prevented that. But the Heartland Poker Tour headed to Verona, New York, in June of 2007, and the legal age to play was 18. He headed to that event, played the $1,000 NLHE Championship event, and won it for $51,335 and his first poker title.

With that victory, Reiman refocused his energy back to online poker where he had success, including a tournament win for $104,000, but the live bug took over again. During some travels in Europe the following year, he decided to play some European Poker Tour events. He cashed in the EPT London Main Event for nearly three times his buy-in, and he traveled to the Bahamas in early 2009 to play the PokerStars Caribbean Adventure, where he min-cashed. He tried his hand at the World Series of Poker that year as well, but he failed to cash in any of the ten tournaments he played.

But 2010 was the year that Reiman turned 21 and was ready to play live poker in full force. He went back to the PCA, and he played the $10,000 NLHE Main Event again. That time, he made it to the final table and finished in second place, beating players like Ryan D’Angelo and Barry Shulman, losing only to Harrison Gimbel but still taking home $1.75 million.

He then headed to Lawrenceburg, Indiana, to play in the World Poker Tour’s Hollywood Poker Open. He finished in eighth place in the $10,000 Main Event for $55,907. He managed cashes at the North American Poker Tour at Mohegan Sun and the 2010 World Series of Poker, as well as the NAPT Los Angeles.

In 2011, Reiman went to the PCA again, though his only cash there was in the $25,000 NLHE High Roller event, finishing 16th for $55,490. He followed that with a WPT L.A. Poker Classic Main Event cash, and he traveled with the WPT to Bay 101 Shooting Stars from there, where he just missed the televised final table by finishing seventh for $73,900.

Most recently, Reiman cashed in three WSOP events, an improvement upon past years. And at the same time, he did made the final table of a Deep Stack Extravaganza tournament at the Venetian in Las Vegas, finishing sixth in the $1,590 NLHE event for $20,439.

Reiman continues to play live poker, especially without the immediate availability of online poker. Still in his very early 20s and looking younger, he has already accumulated more than $2 million in his strong, albeit brief career thus far. 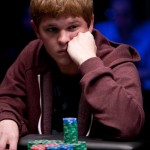 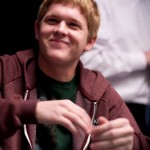