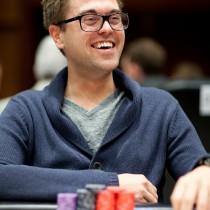 Some players are acknowledged as great players, and others are designated as personable, helpful, and respectful. William Thorson is one of the rare combinations of both, a Swedish player who has garnered respect in poker because of success and the attitude he carries with it.

William Thorson was born in Varberg, Sweden, in 1983. The youngster was introduced to poker by his father at a young age, but his primary focus was on his education. Upon graduation from high school with a specialty in economics, he planned to continue on for a university degree, but his passions were already overtaken by poker.

With the support of his father, as well as lessons from him, Thorson decided to build a bankroll via the online poker site PokerStars. He deposited $50 once in 2002, and he steadily increased his bankroll from there. As he began to make enough money on which to live, he parlayed that success to live poker at a nearby casino.

But it wasn’t until 2005 that he began to travel more frequently for poker tournaments. He cashed in the World Poker Tour PokerStars Caribbean Adventure that year, and he final tabled a NLHE event at the L.A Poker Classic a month later. Cashes followed at the Barcelona Open, Bellagio Festa al Lago in Las Vegas, and Monte Carlo Millions. He even cashed twice at the 2006 World Series of Poker, the second of which was 13th place in the $10,000 NLHE World Championship Main Event for $907,128.

The big scores kept coming for Thorson. He placed second at the 2007 Poker Masters of Europe in London for $70,000, then finished third at the WSOP $5,000 LHE World Championship for $136,493. In early 2008, he made the final table of the PokerStars Caribbean Adventure Main Event, finishing ninth for $120,000, and he finished sixth at the final table of the European Poker Tour San Remo for €140,600. And another EPT final table came in 2009 at the German Open in Dortmund with seventh place in the Main Event, as well as sixth place in the EPT Grand Final High Roller Championship in Monte Carlo.

He finished that year with a victory in a £2,000 PLO event at EPT London, then started 2010 with a win in the $5,000 PLO Championships at the PCA. Several months later, he won the 2010 PokerStars Baltic Festival Main Event in Tallinn. His latest win came in 2011 at the Nordic Masters of Poker in Stockholm, as he won the NLHE Main Event there.

Through the years, Thorson has proven himself with nearly $3 million in live tournament earnings, and people have noticed. More than the fans, the online poker sites have taken note. He spent several years as a sponsored pro for PokerStars, and he then stepped back in 2010 in order to sign with a large Swedish poker website called Svenska Spel, owned by the government. As their poker representative, he looks forward to doing more than playing, as his tasks include blogging and teaching about subjects like bankroll management.

Outside of poker, Thorson enjoys riding and training horses, owning several of his own in Valberg, and playing sports. 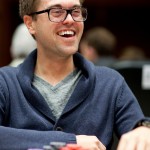 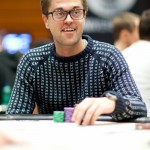 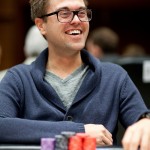