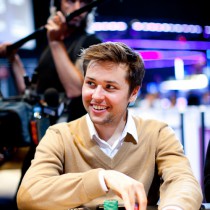 Though Timoshenko moved to the U.S. with his family when he was seven, he began his live poker career in Europe because he was not yet old enough to play on U.S. soil. His first tournament cash was a win in Dublin, Ireland. Timoshenko took down a E1,000 NLH event at the 2007 Paddy Power Irish Open and pocketed E124,600. In May 2007 Timoshenko headed to Paris, France for the Rendez Vous A Paris E2,000 NLH event He finished third for E20,555. While in town, Timoshenko also played the E4,000 NLH tournament at the Paris Open. He made the final table and went out in eighth place for E20,300.

Timoshenko cashed in his first European Poker Tour event in September 2008. He took second place in the E2,000 NLH Barcelona Open and won E$94,000. A few weeks later Timoshenko went to London for the World Series of Poker Europe. He final tabled the P$1,500 NLH tournament and went out in third place for a P$55,350 payout.

After his huge WPT win, Timoshenko stuck around Las Vegas for the summer to play in his first WSOP. He cashed twice that year, in the $10,000 NLH Heads Up World Championship tournament and in the $5,000 6-handed NLH event. Timoshenko returned to London for the WSOPE P$10,000 World Championship main event and earned P$25,918 for his 25th place finish. In 2010 Timoshenko racked up four more WSOP cashes including another finish in the money during the main event in London.

In May 2011 Timoshenko had a solid showing in the $25,000 NLH WSOP Heads-Up Championship. He was the runner-up in the first big-buy in tournament of the 42nd Annual WSOP and earned $525,980. Timoshenko beat tough opponents that included Olivier Busquet, Daniel Cates and Eric Froehlich on his way to the finals but he could not best the eventual champion, Jake Cody. Yevgeniy also earned $206,348 at the Series for finishing 4th in the $1,500 NLHE.

Though his success may say otherwise, Timoshenko is not sure if poker is his destiny. He’s actually considering dropping off the tournament circuit and starting his own business with his a friend of his in New York City. 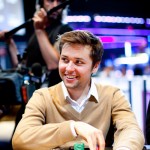 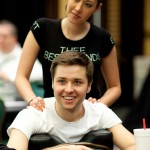 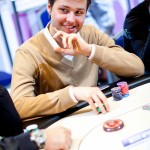 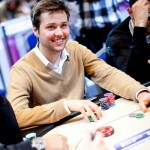 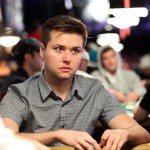