Global Poker Index is continuing its content distribution strategy by teaming up with the publisher of the PokerPlayer and American PokerPlayer magazine brands.

The official GPI rankings are already published across the PokerPlayer brands and this new deal will see more branded content that celebrates the success of poker players from around the world and across all levels of the game.

To ensure this extra content is seen by as many new poker fans as possible, the UK version of PokerPlayer magazine will now be distributed for free in all 40 card rooms of the Grosvenor Casino chain.

PokerPlayer already has the biggest circulation of any paid-for poker magazine in the UK and this extra distribution will cement PokerPlayer’s position as the UK’s biggest poker magazine.

Dave Woods, editorial director of PokerPlayer, said:
‘We’re very proud to announce this official tie-up with Global Poker Index. Data is the foundation of informed content in the modern world and having access to the unrivalled resources of GPI and The Hendon Mob will ensure we bring the highest quality editorial to an even bigger circulation.’

Alex Dreyfus, CEO of Global Poker Index, said:
‘I’m very happy to extend our relationship with PokerPlayer and allow both companies to increase their reach in the global poker market. PokerPlayer is the best magazine in the UK so it makes sense for us to develop new initiatives like this. We will also join forces for the European Poker Awards in 2015 as part of the nomination panel and engaging the wider PokerPlayer community.’ 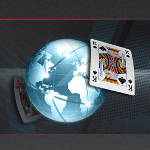 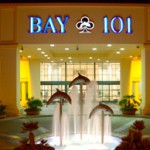