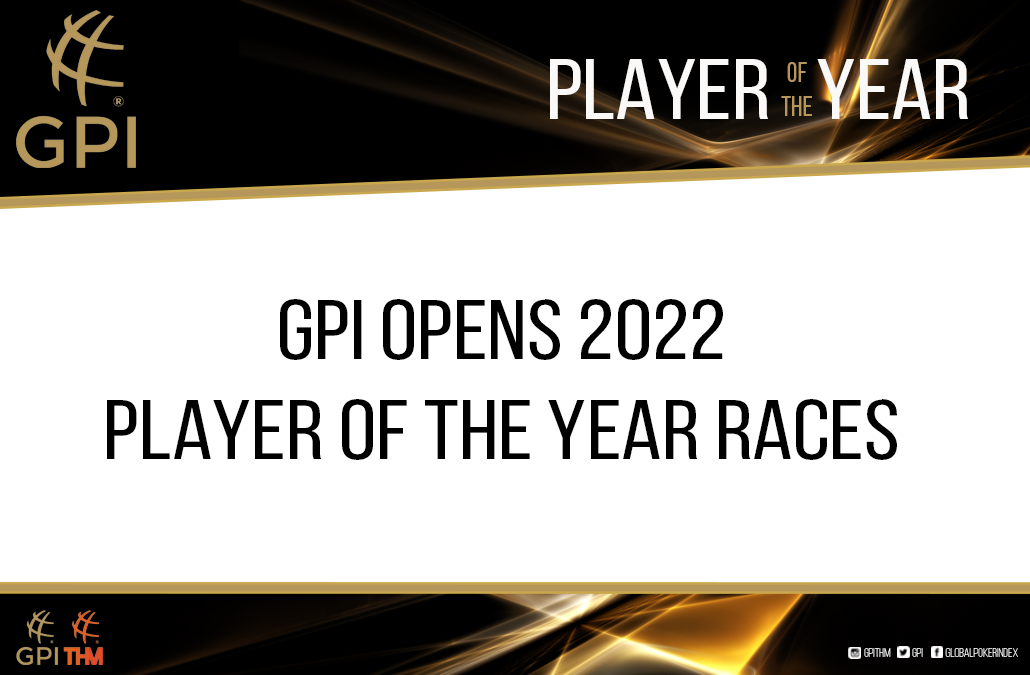 LAS VEGAS, March 17, 2022 – The Global Poker Index (GPI) has launched its Player of the Year races for the 2022 poker season with Jeremy Ausmus leading the charge in the overall race.

Ausmus has enjoyed a sizzling start to the 2022 poker season, including a win at the PokerGO Cup in Las Vegas and a Top 10 finish at the WPT Seminole Hard Rock Lucky Hearts Poker Open in Florida.

The Female PoY lead currently belongs to Florida’s Kristen Nyman. She has already collected 10 results this season, including cashes at the Stairway to Millions, MSPT at Venetian and the Wynn Millions Main Event.

Ankit Ahuja starts at the leader in the Mid-Major PoY race, hoping to take the title from inaugural winner David Mzareulov. Ahuja’s season so far includes a Ultimate Stack victory at the Venetian DeepStack Showdown Series earlier this month in Las Vegas. 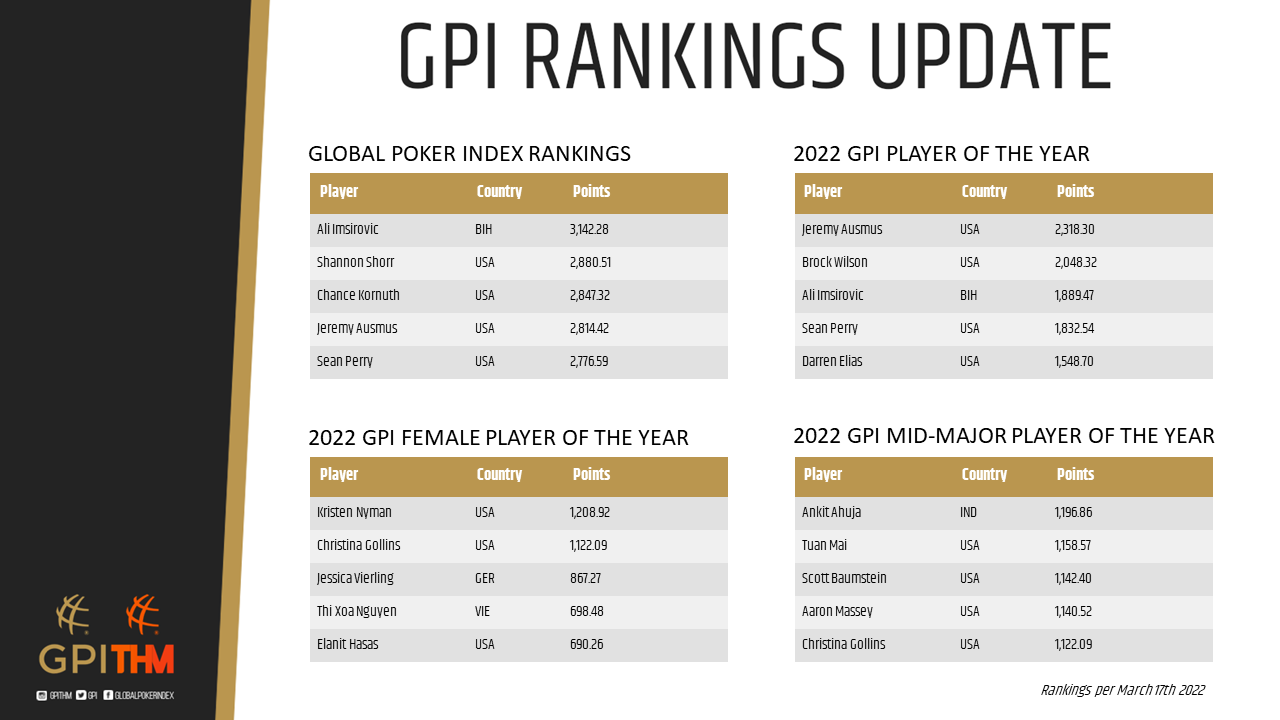