The Global Poker Awards are presented by PokerStars and broadcast live from Las Vegas on PokerGO Friday, April 5th, 2019

LAS VEGAS, NV – March 18, 2019 – Representatives from 10 different Nations will battle it out as 20 trophies are expected to be handed out at the inaugural Global Poker Awards next month in Las Vegas.

Over 130 Nomination Panel members from around the globe voted to determine this year’s official nominees in 13 categories.

Bradley and Rinkema join Justin Bonomo and Lex Veldhuis as the only people to be nominated in two categories at this year’s Awards.

Two Award winners are already known as poker power couple Alex Foxen and Kristen Bicknell will receive the GPI Player of the Year and GPI Female Player of the Year trophies on Awards night. For Bicknell, this will be her second consecutive year picking up the PoY trophy.

Here is the list of nominees, in alphabetical order:

STREAMER OF THE YEAR

VLOGGER OF THE YEAR

EVENT OF THE YEAR

MOMENT OF THE YEAR

OTHER TROPHIES TO BE PRESENTED AT THE GLOBAL POKER AWARDS:

Poker Central is the ultimate destination for fans of poker tournaments, cash games, and lifestyle away from the tables. Poker Central delivers poker’s most premier live events around the world via PokerGO, its direct-to-consumer OTT subscription service, as well as through network television distribution. PokerGO delivers over 100 days of live poker on an annual basis alongside a video-on-demand library that features original series and classic poker programming. Streaming and televised tournaments include its owned tournaments, such as Super High Roller Bowl, Poker Masters, and U.S. Poker Open, along with The World Series of Poker, ARIA High Roller Series, and WPT final tables, among others. For more information, visit www.pokercentral.com and www.pokergo.com.

PokerStars operates the world’s most popular online poker sites, serving the global poker community. Since it launched in 2001, PokerStars has become the first choice of players all over the world. More than 182 billion hands have been dealt on PokerStars, which is more than any other site 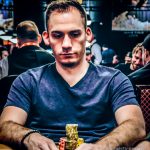