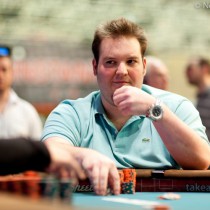 Christopher De Maci is a professional poker player who made his first live-event cash in 2005. In the first 6 years, Christopher cashed 22 times, made 5 final tables, had 9 WSOP cashes, and earned over $1 million. During that time he was also a successful online poker player, earning over $1.4 million.

Born in 1983 in California, Christopher started playing poker with friends in high school. After watching the movie Rounders, he was hooked, and as soon as he was of legal age in 2004, he started to frequent the many card rooms Los Angeles and the outlying areas. He started playing low-limit cash games, working up to higher stakes over the years.

Even before his online success, Christopher was an accomplished live tournament player. In 2005, he made his first live-event cash at the L.A. Poker Classic when he finished 14th for $3,948 in the $970 NLHE. The same year, he cashed at the Five-Star World Poker Classic, and cashed at the WSOP when he finished 12th in the $2,000 NLHE to earn $28,395.

Christopher started 2010 by cashing at the WSOP Circuit Main Event at Caesars Palace, the WSOP, and the Venetian Deep Stack Extravaganza. His last 2 cashes that year were big, a runner-up finish for $440,000 in the NAPT $4,750 NLHE Main Event in Los Angeles, and a 12th place finish in the WPT Doyle Brunson Five Diamond World Poker classic Main Event for $42,231.

Making his home in Newport Beach, Christopher enjoys the southern California lifestyle by hanging out with his family, friends, and watching the L.A. Lakers. 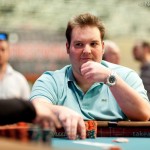 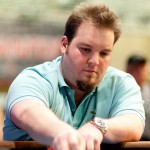