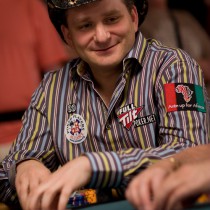 Andy Bloch was part of the longest heads-up match in the history of the World Series of Poker. His battle against the eventual champion of the inaugural $50,000 buy-in H.O.R.S.E. event, Chip Reese, lasted 286 hands. For his second place finish in this prestigious tournament Bloch earned $1,029,600.

The Connecticut born player is what some may call a natural. The diplomas on Bloch’s walls are a testament to the breadth of his intelligence. With both a B.S. and a M.S. from M.I.T. and a law degree from Harvard nobody can deny his brilliance. Bloch has said that conventional education on its own is not enough ensure success in the poker world. Luckily for him he has enough real world experience and know how to compliment his thorough education.

Bloch’s first six-figure payday came in the fall of 2002. He made the final table of the World Poker Tour’s World Poker Finals main event at Foxwoods. Bloch came in third and won $102,350. The following year Bloch made another televised World Poker Tour final table, this time in Los Angeles. He came in third place again and earned $125,460. Bloch’s next big victory came in July of 2005 when he won the Ultimate Poker Challenge. He defeated a skilled final table that included Erik Seidel, Ted Forrest and Chau Giang to take the $167,500 first place prize.

Going into the 2006 World Series of Poker Bloch had a total of five World Series of Poker lifetime cashes. He doubled that number by the end of the summer. Bloch began that year’s World Series of Poker with back-to-back 23rd place finishes in the $2,000 buy-in limit Omaha hi/low event and the $5,000 buy-in Omaha hi/low event, respectively. Less than a week later he came in 8th in a $1,000 buy-in no-limit tournament and made $69,537. His million-dollar payday took place a few days after that when he runner-upped to Chip Reese in the $50,000 H.O.R.S.E. tournament. Bloch also placed in a no-limit shootout towards the end of the month. All together, Bloch pocketed more than $1.1 million that July.

2008 was another strong year for Bloch. In March he made it to the finals of the NBC National Heads-Up Championship. He was pitted against his good friend and fellow Team Full Tilt member, Chris Ferguson. The two share a mathematical approach to the game that became even more relevant in the heads-up format. That day Ferguson came out on top and Bloch’s consolation prize was $250,000.

Bloch boasts an impressive poker resume but his card playing doesn’t end there. During his Harvard days Bloch met one of the founders of the M.I.T. Blackjack Team at a home game in the Boston area. It didn’t take long for him to recognize Bloch’s mathematical ability. For six years Bloch played on and managed the M.I.T. blackjack team. His biggest haul for a single session of blackjack was about $100,000. 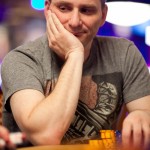 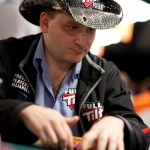 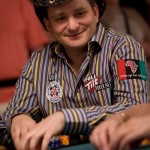