David Benyamine is a true giant of poker. His size and bearing are matched by his daring in years of playing in the biggest online and live poker games in the world. His $6 million in live tournament earnings through June 2011 merely confirms his powerful force in contemporary poker.

Born in Paris, France, on July 5, 1972, David Benyamine exhibited a competitive spirit from his early childhood. A lover of games and sports, he excelled in both. He was a competitive tennis player from the age of 8, moving from the amateur to professional ranks toward a career in the sport. However, a shoulder injury forced an early retirement, and then he became a top billiards player in France. Although he also held conventional jobs (like an au pair for a local family), he soon turned to a game that he learned at 12 years old from family members: poker.

Benyamine took to poker quite naturally, willing to gamble but having the intelligence to build a bankroll sensibly. He did that through cash games and small buy-in tournaments, and he was able to move to higher buy-in events at the Aviation Club in Paris by 1999. Through a sheer knack for the game, he learned its finer points and began making final tables of tournaments, winning his first in September of 1999 in the Autumn Tournament and taking a title at the 2000 Euro Finals of Poker.

With several titles and great confidence, he made a trip to Las Vegas in 2002 and quickly felt at home. He bought a home in Henderson, Nevada, though a 2004 deportation for not having a work permit threatened the plan. David’s attorney sorted out the paperwork, and he was allowed to return to the United States.

He continued to make deep runs in WPT tournaments and began to test his skills at the World Series of Poker as well. He made the final table of the 2007 WSOP $2,500 Omaha-8/Stud-8 and took home $29,708 for 6th place, but 2008 was his best year at the WSOP. He final tabled a Deuce-to-Seven event and PLO, and finished 10th in the Stud-8 World Championship before going on to win his first gold bracelet in the $10,000 World Championship Omaha-8 event. After he finished runner-up at the WPT Bellagio Cup, his earnings for the summer totaled almost $2 million.

Benyamine played a solid roster of tournaments each year with varying results, although he did exceptionally well at the 2011 Aussie Millions in Melbourne with a final table in a NLHE event and third place in the A$250,000 buy-in Super High Roller event for AU$1.1 million.

Through the years, David has also become known for playing in the highest stakes cash games. Stories of David both winning and occasionally losing millions of dollars in just a short period of time, even a single session, are legend. He also, for several years, played in the biggest online cash games, multi-tabling PLO and regularly winning or losing 6- figure pots. 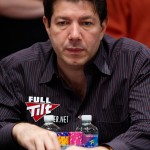 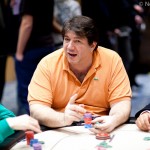 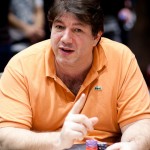 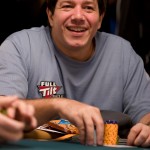 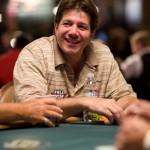