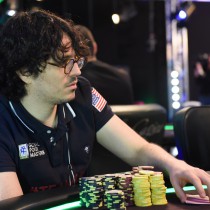 Mostly known for his online poker skills, Isaac Haxton has proven to be one of the most respected players to emerge from the newer generation. And his live tournament success has been strong, though not as impressive as his respectful demeanor and intense study of the game.

Isaac Haxton was born on September 21, 1985, in a suburb of New York City, and he lived much of his young life in Syracuse, New York. Growing up as the son of an English professor, it was not surprising that Isaac took school seriously and excelled early, so much as to skip a grade in elementary school. He also required games to challenge his active mind, so he learned chess at four years old and Magic: The Gathering by the age of ten.

It was during high school that Haxton learned to play poker with friends, and he quickly saw the profitability and skill factors that interested him. Though he did enter college with the intent on obtaining a degree in computer science and studying philosophy, he took a break from his time at Brown University when online poker consumed more of his time.

At the age of 18, he was frequenting Turning Stone casino, where he could play legally at his age, and building a bankroll in live low limit cash games. He also tested his skills with university friends, while studying poker through books and internet forums. He deposited $50 on an online gaming website to practice as well, and he moved up to $30/$60 games within a year. By the time his bankroll jumped into the six figures, he made it a full-time job with the support of friends and his parents.

Haxton traveled to the World Poker Tour PokerStars Caribbean Adventure in 2007 and soared through a solid field in the $7,800 NLHE Main Event. He ended up finishing in second place for $861,769, though that money was famously held by NETeller for many months because of a U.S. Department of Justice investigation into the payment processor.

Having turned 21 years old, the young pro began traveling to play more poker. He cashed in 25th place in the WPT L.A. Poker Classic in 2007, followed by three cashes at the World Series of Poker, one being a final table in a $1,000 NLHE event where he finished seventh for $96,798.

There were four cashes in the results of Haxton’s 2008 WSOP, one a final table in the LHE/NLHE event, and a sixth place finish at the European Poker Tour London’s £20,000 High Roller event. But it was in the online poker community that he was making even more of a name for himself. He became one of the high stakes players who feared no one and became a NLHE specialist, playing in cash games and online tournaments alike.

Haxton had a solid 2009 at the WSOP, with two final tables, one in the $10,000 PLHE World Championship and the other a second place finish in the prestigious $40,000 NLHE Anniversary event for $1,168,565. And in 2010, he grabbed his first tournament victory, taking down a $2,500 NLHE tournament at the Venetian Deep Stack Extravaganza in Las Vegas. He also ran well in two WSOP events.

He continues to play poker and other games with a group of friends that includes other impressive young pro poker players like Scott Seiver and Justin Bonomo. Living in close proximity to each other in Las Vegas, the group studies poker together and support each other in live and online play 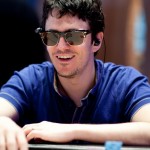 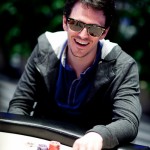 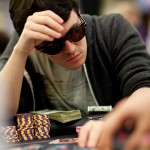