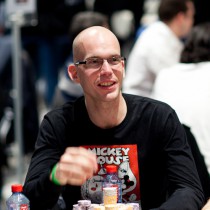 James “Flushy” Dempsey is an English professional poker player from Brighton, England, who made his first live-event cash in 2005. In the first 6 years of his career, James cashed 61 times, made 45 final tables, won 12 events, won a WSOP bracelet, won a WPT title, and earned over $1.7 million.

James was born in the United Kingdom in 1983. Unlike many poker pros that discovered the game in their teens or while in college, James played and loved the game of poker from a young age. While growing up, he always knew that playing poker was what he wanted to do in life.

In 2005, at age 22, James realized his dream when he made his first live-event cash by finishing 14th for $1,144 in a Blackpool Bonanza event. He would go on to have 6 cashes that year at the Grosvenor UK Open Poker Championship, the Grosvenor UK Open Poker Championship, the SportingOdds.com London Poker Masters, and the Harbour Lights Poker Festival. The next year, he had another 4 cashes in local UK events, winning his first event, a £30 NLHE Poker4Charity event at the Cardiff Classic for £1,100.

James cashed 14 times in 2007, making the money in 6 Grosvenor UK Poker Tour (GUKPT) events where final tabled 5 events. His biggest paycheck was from the GUKPT Brighton, where he finished 7th in the £1,000 NLHE to earn £12,200.  Other cashes that year included winning events at the January Sales Brighton, the Sussex Masters, and the Brighton Summer Shaker.

James started 2010 by cashing at the Sussex Masters and EPT San Remo before cashing 4 times at the WSOP. He started his WSOP run by winning his first gold bracelet and $197,470 in the $1,500 PLHE. He went on to cash in the $5,000 NLHE, the $1,000 NLHE, and finish runner-up behind Sammy Farha in the $10,000 Omaha-8 Championship to take home $301,789. In recognition of his accomplishments in 2010, PartyPoker offered James a sponsorship deal and signed him as a member of their pro team.

In November, James made the final table twice at the Coral Late Night Poker event, and finished 5th in the PartyPoker.com Premier League Poker Mixed Game Championship for $30,000. Back in Las Vegas in December, James cashed twice at the Doyle Brunson Five Diamond World Poker Classic. In the $5,000 NLHE, he collected $56,782 for his 3rd place finish, and a few days later, won the $10,000 Championship event for his first WPT title and $821,612.

From his home in Brighton, James continues to represent PartyPoker as one of its pros, and is often involved in their high-profile events. He also maintains a home in Las Vegas, and when away from the poker tables, enjoys playing golf and semi-professional bocce. 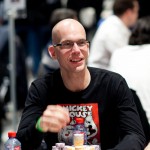 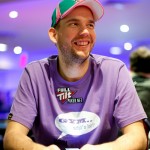 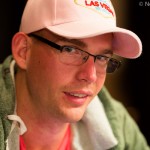 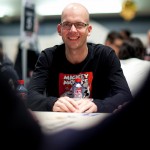