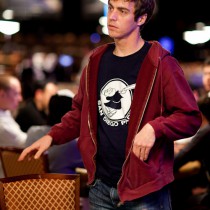 A young man journeys from the American Midwest goes from earning a barely-living wage to a career as a successful poker player. In the Online Poker era, this success story has been taken for granted, but it has been experienced by only a handful of players out of the hundreds of  thousands who dreamed about it. Jason DeWitt epitomizes that dream story.

Jason DeWitt was born in the early 1980s in the small town of Mishawaka, Indiana, but raised in Granger. He was a competitive youth but rarely found the challenges he sought. He took a job after high school stocking shelves at a local grocery store, but his discovery of the game of poker and the potential it held soon changed the course of his life.

It was in his twenties that DeWitt found poker and decided to pursue the study of it. By playing online poker and befriending other players, he was able to build a bankroll and increase the limits at which he played. Through the dedication of years of trial and error poker, he became a successful player, enough so that the game provided an income better than any other job he could choose.

Then residing in Decatur, Georgia, DeWitt began to apply his online poker lessons to live tournament poker. In 2006, he traveled to his first World Series of Poker in Las Vegas, and one of the events he selected to play was the $2,000 NLHE Shootout. He made the final table and finished in 6th place for $38,220.

After cashing just once at the 2007 WSOP, he returned in 2008 for revenge, and he made deep runs in the $1,500 NLHE 6-Max event and the $5,000 Mixed HE. Back in the Midwest U.S., Jason did better. He made the final table of the 2008 Heartland Poker Tour Main Event in Gary, Indiana, and took home $103,136 for 2nd place. He also made the final table of the WSOP Circuit Championship event in Hammond, Indiana and finished 8th.

If Jason was getting fed up with near misses, he found the remedy at the 2010 WSOP. He won the $5,000 NLHE, prevailing over a final table regarded by some as one of the best meetings of the NLHE stars of the Online Poker era. He won $818,959 to go with the gold. He invested some of the winnings in his condominium, paying the mortgage in full.

He has cashed in numerous events in addition to the WSOP. He cashed several times on the World Poker Tour, his best finishing coming in early 2011 at the L.A. Poker Classic, finishing 9th for $94,800. He also cashed on the North American Poker Tour and in another Heartland Poker Tour event.

In a few short years, DeWitt has accumulated more than $1.6 million in live tournament earnings in addition to his online success. 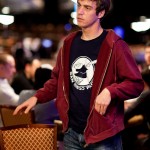