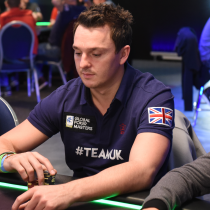 Sam Trickett is a British professional poker player who had his first live-event cash in 2007. In the first 4 years of his career, Sam cashed 41 times (including 10 at the WSOP), made 29 final tables, won 11 events, and earned over $6.3 million.

Sam was born on July 2, 1986 in East Retford in the United Kingdom. He was introduced to poker in a friend’s bar in early 2005, and became hooked on the game when he won every night for 3 weeks straight.  When his career as a semi-professional soccer player ended due to a knee injury, he set his sights on a poker career.

In 2009, Sam cashed 10 times and won 3 events, starting with cashes at the Deepstack, Nottingham, and the Grosvenor UK Poker Tour. At the Grosvenor Victoria London Poker Championships & Unibet Open, he finished 10th for £10,000 in the £2,500 NLHE Main Event, then cashed twice at the Coral British Masters Poker Tour, winning the £200 NLHE for £4,580. To finish the year, he cashed in 3 Late Night Poker event Cardiff events, and cashed at the PartyPoker.com World Open.

In 2011, Sam cashed 9 times, won a pair of major events, earned close to $5 million, and jumped for the first time into the on the Global Poker Index (GPI) Top Ten.

In August, Sam cashed in the inaugural Epic Poker League Main Event, finishing in 11th place for $49,360. The next month, he was in Cannes for the Partouche Poker Tour, where he made the final table of the €8,500 NLHE Main Event as chip leader. In November, he completed the event with a dramatic victory, earning €1,000,000.

Sam has been a member of the Titan Poker Pro Team since 2010. Currently making his home in London, when Sam is away from the poker tables he spends time with girlfriend Tash and indulges in his 2nd passion, association football. Commenting on his other favorite game, he has said, “I love football, still. It’s my biggest love apart from poker, and it breaks my heart that I’ll never get to see how good I could have been. Eventually in a few years, when I feel like I don’t have to play as much, I want to get back into sports. Maybe buy a share of a club or something like that.” 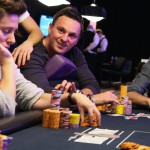