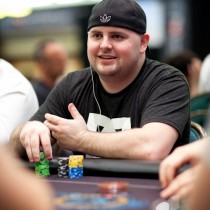 Samuel “Sam” Stein is a professional poker player who made his first live-event cash in 2009. In the first 3 years, Sam cashed 31 times, made 18 final tables, won 3 events, won a gold bracelet, and earned over $3.2 million. During that time he was also a successful online poker player, earning over $1.2 million.

Sam was born on January 11, 1988 in Hidden Hills, California. He started playing poker in 2003, and by 2006, had taken the knowledge he garnered from television and the internet to the online poker tables. Playing online as “KingKobeMVP,” Sam ran a small deposit into a sizeable bankroll by moving up slowly but steadily from low-limit to higher limit cash games. He also had several nice tournament scores, including winning a Sunday 500 for $91,250, and final tabling a SCOOP Event for $66,000 in 2009 on PokerStars. On Full Tilt Poker, he won a 2011 FTOPS event to earn $182,447, and finished runner-up in a Sunday Mulligan for $32,500.

At the 2010 WSOP, Sam cashed 3 times which included a 10th place finish in the PLO Championship event for $44,010. To finish the year, he cashed at the River Guaranteed Poker Series, the WSOP Europe, the Caesars Palace Classic, and the Doyle Brunson Five Diamond World Poker Classic.

In 2011, Sam cashed 11 times and achieved wide fame in the poker world. He started the year at the PCA where he collected his first $1 million paycheck for finishing 4th in the EPT Main Event. After cashing in the WPT Main Event at the Seminole Hard Rock Showdown, he was runner-up in the $1,000 NLHE at the Five Star World Poker Classic to earn $29,236.

Now making his home just outside Las Vegas, in Henderson, Nevada, Sam likes being close to the poker action in Las Vegas. Despite getting his start online, he has said he hasn’t felt much of an effect since Black Friday, because he is having so much fun playing live. He gets an extra charge from his mother and sister attending events to cheer him on, as they did when he collected his first gold bracelet.

When he takes a break from poker, Sam enjoys watching basketball, especially the L.A. Lakers and his favorite player, Kobe Bryant. In late 2011, he and Ben Lamb purchased a racehorse. 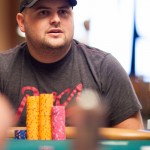 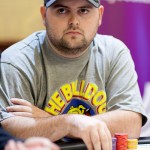 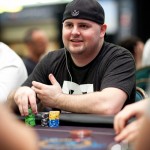