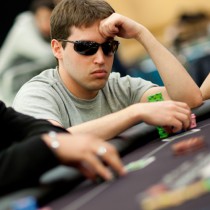 Scott Baumstein is a professional poker player who made his first live-event cash in 2009. In the first 2 years, Scott cashed 12 times, made 7 final tables, won an event at the PCA, cashed at the WSOP 5 times, and earned over $600,000.

Born in 1984 in New York, Scott earned a Bachelor\’s Degree in Finance from the University of Colorado. He went on to obtain his Master\’s of Finance from NYU and entered the workforce as an options trader, playing poker in his spare time.

As of November, Scott had cashed 8 times in 2011. In January, he started the year by cashing twice at the PokerStars Caribbean Adventure (PCA). Scott won the first event of his career when he took down the PCA $5,000 NLHE Heads-up Championship to take home $120,000. Three days later, he finished 3rd in the NAPT PCA $5,000 Bounty Shootout to earn $50,000.

In August, Scott cashed at the Parx Open Classic in Bensalem. In November, the 27-year-old New Yorker became the youngest non-French national to make the final table at the WPT Amneville, where he finished 4th in the €3,200 NLHE Main Event to earn €80,640. A week later, at the 2011 Master Classics of Poker in Amsterdam, Scott finished 1st in the €10,000 NLHE High Roller event to earn another €129,500.

When Scott takes a break from the poker tables, he enjoys hanging out with friends and playing golf. 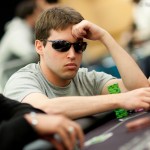 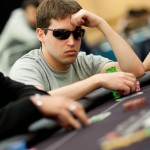