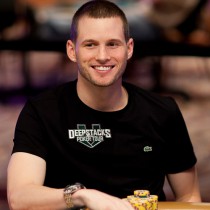 Tristan Wade made his first live tournament cash in 2007. Since that time he has cashed 21 times including 12 WSOP cashes, made 6 final tables, won one event, and has earned over $700,000.

In 2008 he was in Las Vegas to cash in the $1,000 NLHE Bellagio Weekly Tournament. At the WSOP, Tristan made the money in 3 WSOP events with his biggest cash being $11,385 for his 46th place finish in the $2,000 NLHE. From there, he cashed in the Mega Stack Series at Caesars Palace.

In 2010 Tristan made the money 4 times and all of his cashes were in WSOP events. His biggest payday was for $57,102 which he collected for his 113th place finish in the Main Event.

By August of 2011, Tristan had cashed 8 times, made 5 final tables, and won the $2,500 NLHE Main Event at the Deepstack World Poker Challenge in Reno, NV for $57,288. He also had his first EPT cash which took place at the PokerStars Caribbean Adventure on Paradise Island, Bahamas. His other cashes were at the Isle Classic in Pompano Beach; the Winter Poker Open in Hollywood, FL; the Battle at the Beach in Pompano Beach; and he was runner-up in the $2,200 NLHE 6-Max at the Florida State Poker Championships for $31,323.

When Tristan takes a break from playing tournaments, he can be found at the Deepstacks University online where he is an instructor. 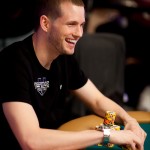 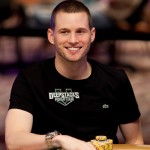