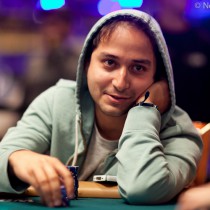 Allen Bari is a professional poker player who made his first live-event cash in 2004. In the first 7 years of his career, Allen cashed in 55 events, made 24 final tables, cashed 14 times at the WSOP, won a gold bracelet, and earned close to $3 million.

Born July 12, 1984, in New Jersey, Allen began playing poker with his high school friends. He continued playing poker while attending college at Rutgers University, and earned his degree in finance and economics in 2006. After graduating, Allen entered into the workforce as an analyst for AIG and Morgan Stanley, but in 2007, he left the financial world to focus on a career as a poker pro.

In Las Vegas at the 2008 WSOP, Allen cashed 3 times, including finishing in the money in the Main Event. In between WSOP events, he was back in Atlantic City to win the $5,000 NLHE Championship Event at the Borgata Summer Poker Open to earn $500,250. Other cashes were at the Deep Stack Extravaganza, the Empire State Hold’em Championships, the WPT Borgata Poker Open, the World Poker Finals, and a 5th place finish for $52,026 in the $5,000 NLHE Championship Event at the WSOP Circuit Harrah’s Atlantic City. His achievements that year landed Allen in the Top 25 for the 2008 Card Player Magazine Player of the Year race.

Allen’s first cash of 2009 was a runner-up finish in the $1,500 NLHE Main Event at the Borgata $500,000 Guaranteed Deep Stack, where he earned $196,436. At the WSOP, he cashed 3 times, with his best effort being 8th place in the $2,500 Razz for $19,880, before finishing 3rd in the $2,000 NLHE Championship Event for $83,400 at the Summer Showdown Uncasville. His other cashes that year were at the WPT Borgata Poker Open, the WSOP Circuit Horseshoe Hammond, the EPT Vilamoure, and the Doyle Brunson Five Diamond World Poker Classic, where he cashed twice.

As of October, Allen had cashed 9 times in 2011. He cashed at the L.A. Poker Classic, the Battle at the Beach, the EPT Grand Final Madrid, the Borgata Double Deep Stack Open, and took 5th for $211,997 in the $9,600 NLHE Championship Event at the Seminole Hard Rock Showdown. At the WSOP, he made the money 4 times, collecting his first gold bracelet and $874,116 when he won the $5,000 NLHE event.

Following his WSOP bracelet victory, Allen said, “I was expecting to win a bracelet. Seriously, I thought that if I did not win a bracelet, it would like be a joke. I do not think my swagger is undeserved. I’ve been playing poker a long time and have been working hard at it.” Although some found his bravado controversial, Allen felt he was merely expressing self-confidence borne of his many successes as a professional poker player. 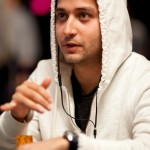 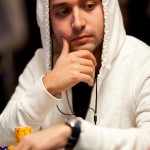 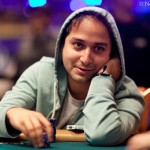 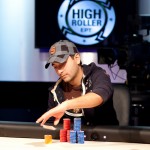