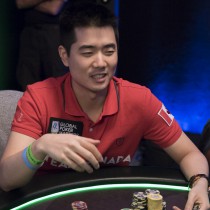 One of the more mysterious players in the live and online poker worlds, Andrew Chen will lose such anonymity if he continues to perform at the level he has since his poker career started.

A resident of Mississauga, Ontario, Andrew has kept a low profile in the poker media but has been nothing if proficient on the live and virtual felt. He plays online at several of the popular sites under a variety of names and has been able to score several major victories. Within the first five months of 2010, Chen was able to chop up one PartyPoker $300,000 Guaranteed tournament and won a second outright. He continues to ply his trade in the online world, recently making his largest online tournament score of $88,115 for a second place finish in a May 2011 running of the Full Tilt Poker Sunday Mulligan.

Where Andrew has been most impressive, however, is in the live tournament poker world. Chen’s first ever cash came back in November 2008 during the Latin American Poker Tour stop in San Jose, Costa Rica. Making the final table of that tournament, Andrew walked away with a fifth place finish in the $3500 NLHE tournament for a $61,063 payday, but the best was yet to come.

Andrew would earn another cash in November during the British Columbia Poker Championships before making his first significant impact on the tournament poker world the very next month. At the 2008 EPT Prague €5000 NLHE Main Event, Chen faded the 570 player field to earn a third place finish for €257,000 ($329,682). In the span of slightly more than a month, Andrew had earned almost $400,000 and signaled to the poker world that he would be a force to be reckoned with.

2009 saw Andrew make his first venture to the WSOP and he continued to transfix the poker community with his continued success. Three cashes during the WSOP schedule – including a second place finish in a $1500 NLHE tournament for $412,632 – and four other tournament cashes would boost Chen’s career earnings to close to one million dollars in just over one year.

2011 has only seen Andrew continue to add to his bankroll by earning his first significant live tournament victory. At the North American Poker Tour stop during the PokerStars Caribbean Adventure in January, Chen took down the $5000 NLHE Heads Up Bounty Shootout. In the final round of the tournament, Andrew defeated one of his fellow online professionals, Shaun “shaundeeb” Deeb, to take home his first live tournament poker win and a $263,100 first place prize.

Since entering into the live tournament poker world in 2008, Andrew has amassed statistics that it takes some an entire career to build. Along with his PCA win, Chen has seven final tables and 19 cashes to his credit. His $1.76 million in live tournament earnings outpaces what he has done in the online poker world, where he has claimed slightly more than $1 million in earnings.

With such gaudy statistics, it can arguably be said that Andrew Chen is one of the brightest stars in the tournament poker stratosphere. If he can continue his torrid pace, it is only a matter of time before he captures a championship on one of the major tournament poker circuits. 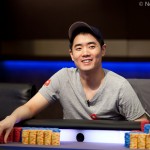 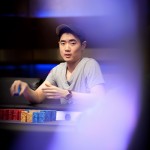 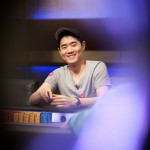 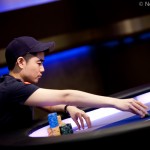