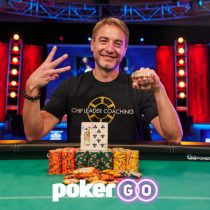 Chance Kornuth is a professional poker player who has his first live-event cash in 2008. In the first 3 years of his career, Chance cashed 18 times, made 7 final tables, made the money in 3 WSOP events, won a gold bracelet, and earned over $756,000. During that time he was also a highly successful online poker player, earning over $1.3 million.

Born in June 1986, Chance was raised in Denver, Colorado, where attended Bishop Machebeuf Catholic High School. He went on to study architectural engineering at the University of Colorado Boulder where he discovered poker. It wasn’t long before Chance began building a sizeable bankroll online, and a semester short of earning his degree, he decided to quit school and focus on a poker career.

Chance started 2011 by cashing 3 times at the Deep Stack Extravaganza, where he finished 3rd in the $1,590 NLHE Main Event for $42,412. After cashing at the WSOP, the Legends of Poker, and the Festa Al Lago, Chance was back at the Deep Stack Extravaganza to win the $ 340 NLHE and earn $47,829.  A cash at the Doyle Brunson Five Diamond World Poker Classic followed, and to end the year, he finished 15th in the Epic Poker League’s $1,365 NLHE Pro-Am Event.

To be closer to his favorite Pot Limit Omaha cash games, Chance now makes his home in Las Vegas, where he focuses on improving his Omaha game with roommate Ben Lamb. Although Chance, thinks he will eventually finish college and earn his degree, for now school is on the back burner.

Unlike other poker pros that have given up college without looking back, Chance doesn’t advocate giving up education for poker. He discourages other young players from following a similar path, and thinks dropping out is a bad thing, saying, “college has a very specific purpose. I think you go not only to get an education and to determine which career path you want to choose but also to become worldly, and try to deal with other people. That\’s what I got out of college, becoming more worldly.\”

When he is not playing poker, Chance enjoys Football and Basketball, especially watching his favorite teams, the Denver Broncos, and the Denver Nuggets. He also watches the Dallas Mavericks and his favorite athlete, Shawn “The Matrix” Marion. 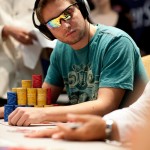 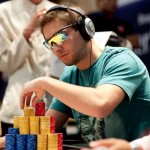 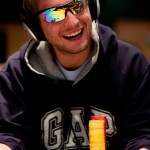 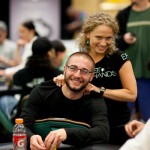