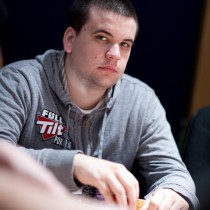 Christian Harder is a professional poker player who made his first live event cash in 2007. In the first 4 years, he won 4 events, cashed 40 times, made 14 final tables, cashed in 14 WSOP events, and earned over $2 million. He was also a successful online player, earning over $3 million.

Christian was born November 3, 1987 and raised in Annapolis, Maryland where he still resides. He excelled in school and at the age of 16, he discovered the game of poker, playing the game with friends and online through his teen years. He continued his education at Salisbury University in Annapolis, but after earning a decent living by playing online, Christian decided to take a semester off from school to focus on poker.

In 2007, Christian made his first live cash at the Empire State Hold ’em Championships in Verona, where he earned $484 for finishing 27th in the $300 NLHE event. His next cash was much bigger. After winning a satellite qualifier online, he collected $200,000 for finishing 7th in the 2008 EPT Main Event at the PokerStars Caribbean Adventure. At the EPT German Open, he finished 8th for €85,500 in the €7,700 NLHE, before his runner-up finish in the $1,000 Championship event for $30,500 at the East Coast Poker Championships in Verona. His other cash that year was at the WPT World Poker Finals Mashantucket, where he finished 44th in the Main Event for $23,320.

Despite spending more time playing live events, Christian says he still misses being able to play online from the comfort of his own home. Although they can no longer watch him play online, his friends and fans keep up with his accomplishments by following @realcharder30 on Twitter. 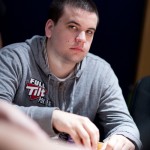 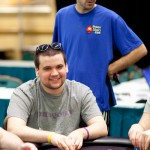 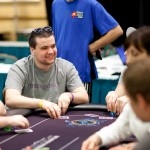